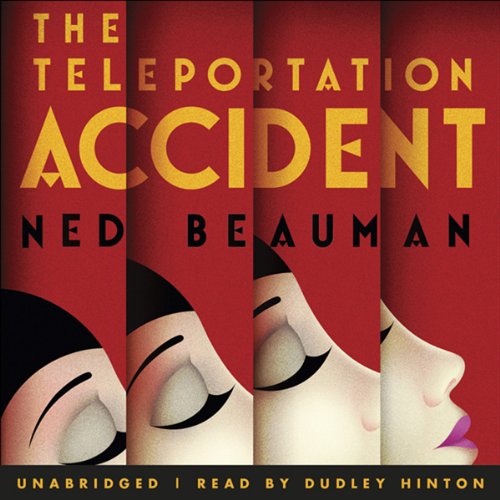 History happened while you were hungover.

When you haven't had sex in a long time, it feels like the worst thing that could ever happen to anyone. If you're living in Germany in the 1930s, it probably isn't. But that's no consolation to Egon Loeser, whose carnal misfortunes will push him from the experimental theatres of Berlin to the absinthe bars of Paris to the physics laboratories of Los Angeles, trying all the while to solve two mysteries: whether it was really a deal with Satan that claimed the life of his hero, the great Renaissance stage designer Adriano Lavicini; and why a handsome, clever, charming, modest guy like him can't, just once in a while, get himself laid.

From the author of the acclaimed Boxer, Beetle comes a historical novel that doesn't know what year it is; a noir novel that turns all the lights on; a romance novel that arrives drunk to dinner; a science fiction novel that can't remember what 'isotope' means; a stunningly inventive, exceptionally funny, dangerously unsteady and (largely) coherent novel about sex, violence, space, time, and how the best way to deal with history is to ignore it.

Let's hope the party was worth it.

What listeners say about The Teleportation Accident

Stick with it, it gets funnier and funnier

I found this book quite hard going at the beginning, It seemed to be about about a pretentious self obsessed idiot who cared for no one, but that of course was the point. Completely blind to everything going on around him, obsessed with a girl who had slept with everyone but him, he sets of on an adventure that gets more and more surreal. Very refreshing and a fun and easy listen. Loved it.

A dive into surrealism

This is a strange book but quite fun for all its weirdness. The protagonist is a completely unsympathetic character, a sort of idle drifter/stalker who may or may not be a paedophile (after an encounter with a 15 year old in a brothel that is quickly skipped over). He is obsessed with sex although this changes from an annoying trait to an endearing quirk throughout the novel.pppHe is obsessed with a young girl he used to teach and pursues her across the world in a way reminiscent of Eastwood's Every Which Way But Loose without an ape companion. This plot mechanism isn't too painful.pppOn top of that he is a nasty, selfish, superior sort of person and while you want to see him fail that unfortunately doesn't happen as often as you might like. He does experience character growth somewhat throughout the book. PppThe rest of the book is filled with surreal and exaggerated characters acting in odd and unnatural ways. This is often jarring and odd but I think the author has done that on purp

So - it was not that bad - pretty pointless, but I can see that some would like the disconnected storyline and unpleasant characters. I stuck through it because I was trying to work out what the hell it was about. Still not sure - ah well - I listened to it on planes, drains and automobiles so did not waste too much time on it.

Awful in every aspect

I wish I could not give this any stars. I regret every minute of my life I gave to this dull book. Its slow, very little happens and the main character are incredibly dislikable. Narration only added to the torture this book created, read in such a condescending tone that really grated.