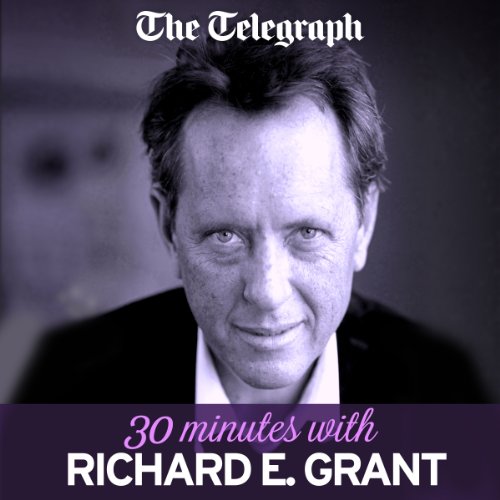 By: The Telegraph
Narrated by: Richard E. Grant
Free with 30-day trial

In the second interview in the monthly audio interview series presented by The Telegraph, Matthew Stadlen talks to the actor about his obsession with smell, growing up in Swaziland and the importance of keeping a diary. Richard E. Grant also reflects on his allergy to alcohol, the success of his marriage, and his breakdown at the age of 41.

Richard E. Grant (born 5 May 1957) is a Swazi-born British actor, author, director, and perfumer. He has appeared in over 80 films and television programmes, such as Withnail And I, The Scarlet Pinmpernel, Jack & Sarah, L.A. Story, Dracula, Gosford Park, The Iron Lady and Downton Abbey.

In 2005 he directed his first major release, Wah-Wah. He is also launching his own perfume in 2014.

Stadlen is an interviewer, broadcaster and writer. He produced and presented the BBC’s Five Minutes With interview series and the BBC’s documentary series On The Road With.

What listeners say about The Telegraph: 30 Minutes With Richard E. Grant

Richard E. Grant is oe of the best of the best Audible narrators! His readings of Agatha Christie novels are true standouts. Hopefully, the wiser people at Audible will hire him to narrate whatever works he chooses! The man has taste and talent galore.