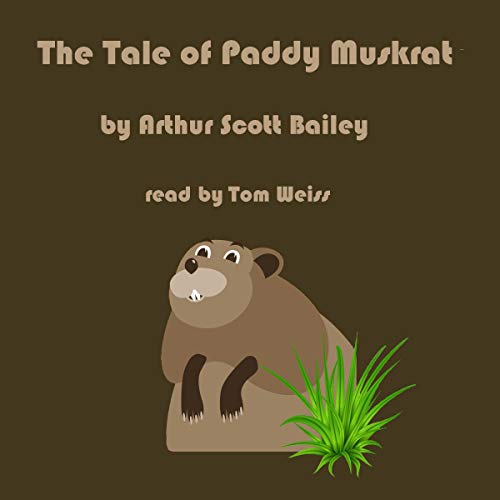 The Tale of Paddy Muskrat

Paddy Muskrat lives in the millpond near Farmer Green's house with his wife, Mrs. Paddy Muskrat. He tends to get into trouble by saying and doing things that others do not understand, which occasionally causes problems with Mrs. Paddy.

For example, when Paddy says he has fish to fry, which means he is very busy, others in the millpond interpret his words to mean it is eating fish they believe belong to them. Paddy believes the millpond belongs to him and is never happy when others come to swim in it, especially Johnny Green and his friends.

The Tale of Paddy Muskrat is one of Arthur Scott Bailey's Sleepy Time Tales. Bailey was an American writer who penned more than 40 children's books. Mr. Bailey centered all his plots in the animal, bird, and insect worlds, weaving natural history into the stories in a way that won educator's approval without arousing the suspicions of his young readers.

He made it a habit to never "write down" to children and frequently used words beyond the average juvenile vocabulary, believing that youngsters respond to the stimulus of the unfamiliar.

What listeners say about The Tale of Paddy Muskrat