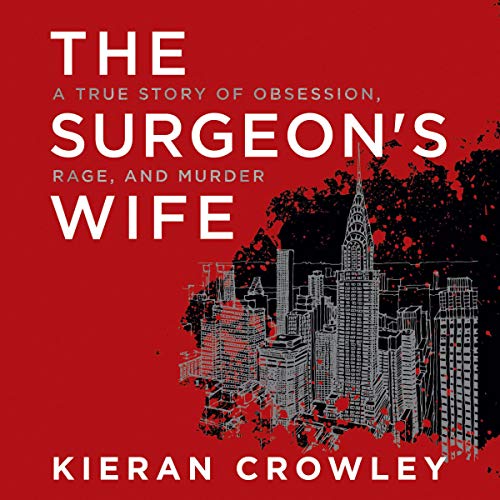 In the summer of 1985, in his exclusive Upper East Side Manhattan apartment, Robert Bierenbaum, a prominent surgeon and certified genius, strangled his wife Gail to death. He then drove her body to an airstrip in Caldwell, N.J., and dumped it into the Atlantic Ocean from a single-engine private plane. The next day he reported her missing.

Gail's parents had been thrilled to learn she was marrying Robert Bierenbaum. He seemed to be the perfect match for their daughter. He was from a well-to-do family, a medical student who spoke five languages fluently, a skier, and he even flew an airplane. But Gail would come to learn of her husband's dark side. On one occasion when Robert had tried to choke Gail because he caught her smoking, she filed a police report. She also alleged that he tried to kill her cat because he was jealous of it. For years, her sister pleaded with Gail to run for her life. Even her therapist warned his vulnerable patient that she could eventually die at the hands of the man she married.

Fifteen years after this unspeakable, unfathomable crime, a jury found Robert Bierenbaum guilty of murder - and stripped the mask off of this privileged professional to reveal a monster.

What listeners say about The Surgeon's Wife

This is a horrendous story that I hadn't heard of in the news, although it's been awhile since it happened.

It's hard to believe that there are people among us like this. To be honest, I disliked both the victim and the person who was convicted. However, that doesn't take away from the tragedy
They couldn't prove he did it but I got the impression that he did, and the jury obviously did as well.. They had only circumstantial evidence but it was overwhelming damning.

I felt the book was very well written but I didn't really care for the narrator. His voice sounded forced. I prefer Kevin Pierce to narrate true crime.

A good listen, overall. I hate to say that about an awful murder but I do like true crime. I wish it was all fiction though.

Can't get past the first 30 minutes

The narration of this book makes it so I can't even listen.

Would you ever listen to anything by Kieran Crowley again?

With a different narrator

I can't listen, too slow, raspy and hard to understand

I tried to persevere through but the narrator is just bad. Want my money back!

The Narration is not pleasant

The story is OK, although slow at times. The real problem with this audiobook is the narration. The narrator’s voice is very raspy which makes it difficult to listen to the story. The voice is kind of like nails on a chalkboard.

I found the narrator’s voice so unpleasant that I tried to return the audiobook but could not because I purchased it too long ago.

In the future I will avoid all audiobooks read by Danny Campbell.

Would you listen to The Surgeon's Wife again? Why?

I have a 1.5 hour commute to work and this book made it seem like 20 minutes. I cleaned my house, did yard word, worked out to this book.

Would you listen to The Surgeon's Wife again? Why?

No - Too slow and the characters are too darn dumb

What was one of the most memorable moments of The Surgeon's Wife?

Liked the stories about his water bagels

When her sister got a chance to stare him down.

What disappointed you about The Surgeon's Wife?

The end. To claim wrongful conviction is rare makes it hard to put any weight in the first 51 chapters. That's just dead wrong. Or at least vague. 149 people were cleared in 2015 for crimes they didn’t commit - more than any other year in history, according to a report published by the National Registry of Exonerations. That is hardly "rare" as the book claims. Just one of many disappointments here.

What does Danny Campbell bring to the story that you wouldn’t experience if you just read the book?

His performance was enjoyable. It added a compelling narrative to an otherwise, book of speculation.

If you could play editor, what scene or scenes would you have cut from The Surgeon's Wife?

All it takes is less than an hour to research the number of wrongful convictions in America. Also, what was the point of plugging the work of police at the end? No one faulted police in this story. Or did I miss that part?

One of the best true crime books. This guy is obviously guilty. But he was smart in his method of dumping body.
I was fascinated and could not put the book down. Great narrator!

Kieran Crowley did amazing research for this book and was truly invested in providing the readers with a full account and details of this case that spanned over a decade. He communicates this case in a story like fashion which makes it more enjoyable and flows well. He is a trustworthy author and have enjoyed several of his books and look forward to reading more. The narrator was also very good.

a very thorough book looking at the case of a doctor who might have murdered his wife.
the twists and turns in the story and the eventual outcome are intricately detailed and discussed. I found this true life story a very interesting one that leads to one conclusion in reality.

Ruined by the narrator

An intriguing story however the narrator is dull and robotic. The total lack of “lifting it off the page” of the narrator makes the reading very flat and unengaging.

oh dear. This narrator , he's no Kevin Pearce. I could hear him breathing, he paused for no reason and had a monotonous tone.
it really spoilt my enjoyment of such a great story

And don't get me started on the loose lipped unethical media whore Dr Michael Stone, he should have been struck off the register and put out to pasture for his unethical breach of Dr /Client privelage
Great book, infuriating, funny and with the victim being presented not as the wonderful innocent , but as the shallow coke snorting tramp that she actually was.