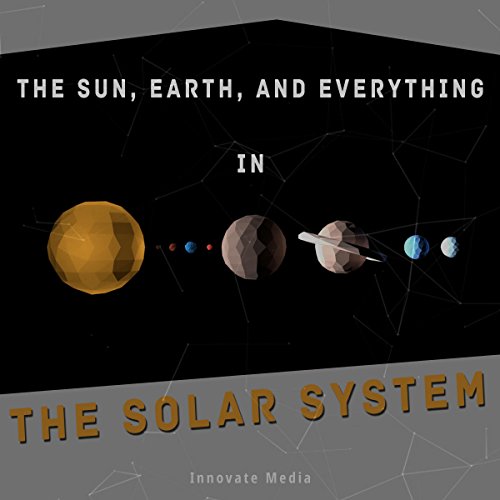 The Sun, Earth, and Everything in the Solar System

How big is our solar system? Are there other planets that can sustain life apart from Earth? What are Saturn's rings made of? Why is Mars called the red planet? You have the questions. We have the answers.

The night sky is a fascinating vision of stars, planets and other celestial bodies, most of which are located millions of light years away. Our solar system is but a tiny speck in the vast fabric of the universe. The solar system is an assortment of planets, asteroids, moons, and a star that we know better as the sun. What lies in the solar system and beyond has fascinated laymen and astronomers alike. From Nicolas Copernicus to Carl Sagan, renowned astronomers and scientists have uncovered more of the universe than we ever thought possible. Listen now to know more about our fascinating planet and our solar system.

What listeners say about The Sun, Earth, and Everything in the Solar System

Poorly narrated and totally rubbish. Embarrassing to think that people are entertaining this as educational