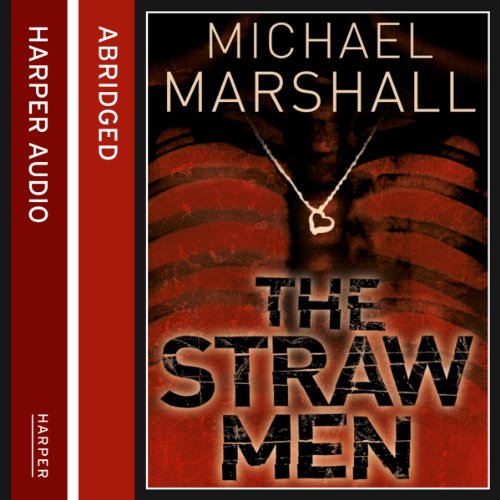 Fourteen-year-old Sarah Becker has been abducted, snatched from a busy shopping precinct in downtown LA. Judging from the state of the girls whose bodies have already been found, her long hair will be hacked off and she will be tortured. She has about a week to live.

Former homicide detective John Zandt has an inside track on the perpetrator; his own daughter was one of the victims two years ago. But the key to Sarah's whereabouts lies with Ward Hopkins, a man with a past so secret not even he knows about it. His parents have just died in a car accident, but they leave Ward a bizarre message that leads him to question everything he once believed to be true.

As he begins to investigate his own past, Ward finds himself drawn into the shadowy, sinister world of the Straw Men, and into the desperate race to find Sarah, before her time runs out.

"A new beginning for a major British writer, whose crime debut instantly moves him into the Thomas Harris division" ( The Guardian)

What listeners say about The Straw Men

loved this audio book, would have been a lot better if it was not abridged. Has made me want to go back and read the excellent book though.

What did you like most about The Straw Men?

It's very exciting, there is always something going on that has you gripped

I loved the fact it always kept you guessing and the story goes in a way you would never think. And at first i thought i would not like the narrator but when he was reading the different characters i could sware there was more than 1 person reading, at one point i had to check how many people where narrating, he was good

I know this book is only 3 hours long but it's well worth a listen. I have read this book twice now and it's still just as good the second time round. So if you like your crime books, i would recommend this strange but good book.