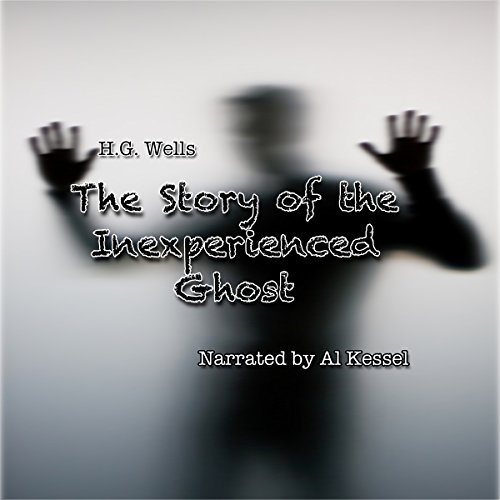 The Story of the Inexperienced Ghost

A GHOST you say? Well, when young Clayton tells his story of encountering a rather... incompetent apparition trapped in the "real" world, and how he helped the spook return to the ether, his friends at the Mermaid Club refused to believe him. Until he showed them HOW he helped the poor soul. And what happened next, changed everyone's view of the afterlife. In the classic story, The Story of the Inexperienced Ghost, H.G. Wells takes listeners on an adventure into the unknown with witty, and shocking, twists and turns.

What listeners say about The Story of the Inexperienced Ghost

Weak in life, weak after death

Where does The Story of the Inexperienced Ghost rank among all the audiobooks you’ve listened to so far?

While this is much shorter than most audiobooks I have lisitened to. it kept my attention fully from start to finish. This narrator is at the top of my favorite's list.

What other book might you compare The Story of the Inexperienced Ghost to and why?

Which character – as performed by Al Kessel – was your favorite?


Sanderson had the most distinctive voice.

Wish did his part admirably well.

Who was the most memorable character of The Story of the Inexperienced Ghost and why?

Clayton ~ He had everyone hanging on his tale

The narrator's voice was wonderful.
It relaxed me and made me open to being drawn into the story, to suspend my disbelief.

amazing and I am speechless

Would you consider the audio edition of The Story of the Inexperienced Ghost to be better than the print version?

He out did himself!

Who was the most memorable character of The Story of the Inexperienced Ghost and why?

The ghost because he could be anyone!

Amazing ..amazing the narrator was beyond words amazing. I I was given this copy for free in exchange for honest reviews.. I have never herd this story done like this! I just fell in love all over again with this story!

If you could sum up The Story of the Inexperienced Ghost in three words, what would they be?

They would be almost the whole story. This story is very short.
Short
Implausible
?

I would like to say i didn't see that one coming, but i did.

The narration was good.

I couldn't really get into it, it is too short to fulfill my interests. But if you are looking or a short story this is or you.