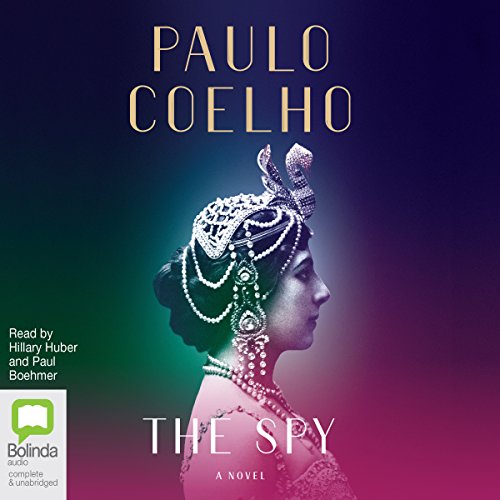 In his new novel, Paulo Coelho, best-selling author of The Alchemist and Adultery, brings to life one of history's most enigmatic women: Mata Hari.

Her only crime was to be an independent woman....

When Mata Hari arrived in Paris, she was penniless. Soon she was feted as the most elegant woman in the city. A dancer who shocked and delighted audiences, as a confidante and courtesan she bewitched the era's richest and most powerful men. But as paranoia consumed a country at war, Mata Hari's lifestyle brought her under suspicion. In 1917 she was arrested in her hotel room on the Champs Elysees and accused of espionage.

Told in Mata Hari's voice through her final letter, The Spy is the unforgettable story of a woman who dared to break the conventions of her time - and paid the price.

"The fascinating story of her life is...beautifully written and gripping." (The Sunday Mirror)
"His books have had a life-enhancing impact on millions of people." (The Times)
"Coelho's writing is beautifully poetic but his message is what counts...he gives me hope and puts a smile on my face." (The Daily Express)

What listeners say about The Spy

Historical drama showing the tragic way that women have had to survive in a world of lust, loneliness, cruelty, perception and power.

Not a usual Paulo

If you're looking for another Alchemist, this isn't it. Paulo has gives you an intriguing story about a woman who was born before her time. She was an independent lady who knew how to get what she wanted but suffered at the hands of the times and of the times of war. The layout of the book is refreshing with letters being read, rather than a first person approach. It doesn't feel like a Paulo book at all. I feel he found a story and wanted the world to know. I'd say read it!