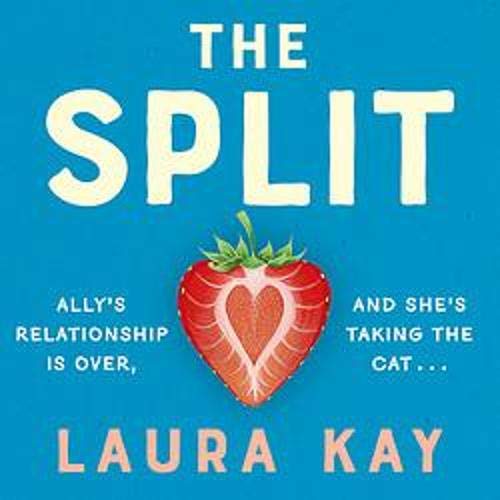 A brilliant, heart-warming and intensely funny story of love, heartache, friendship and family. Perfect for fans of Marian Keyes and Beth O'Leary.

Brutally dumped by her girlfriend, Ally is homeless, friendless and jobless...but at least she has Malcolm. Wounded and betrayed, Ally has made off with the one thing she thinks might soothe the pain: Emily's cat.

After a long train journey she arrives home to her dad in Sheffield, ready to fold herself up in her duvet and remain on the sofa for the foreseeable. Her dad has other ideas. A phone call later, and Ally is reunited with her first ever beard and friend of old, Jeremy. He too is broken-hearted and living at home again.

In an inspired effort to hold each other up, the pair decide to sign up for the local half marathon in a bid to impress their exes with their commitment and athleticism.

Given neither of them can run, they enlist the support of athletic, not to mention beautiful Jo. But will she have them running for the hills...or will their ridiculous plan pay off?

What listeners say about The Split

Genuinely laugh-out-loud funny, moving and uplifting. Such relatable characters and wonderful friendships. Can’t wait to read more from this author!

This is a really great story. The narrator does a fantastic job, loved the characters and it made me laugh a lot in places. Loved it.

Not hilarious but poignant with plenty of laughs

Laura Kay does a great job and The Split is a great listen, although it does have a slow start. It is worth sticking with the story, which I would describe as poignant rather than "hilarious" as some critics have said. However, there is plenty of humour and many laugh out loud moments to lighten the sometimes difficult subject matter. I really enjoyed the characters, all of them are real people living real lives, and the well written story is made richer by quirky English humour, plenty of irony and pathos, which is refreshing for a lesfic novel. And, the 'icing on the cake', you'll get it if you listen to the whole story, is Imogen Church's narration, which is excellent. Can't wait to find another listen from this author and narrator.

Nice and likeable, bit like a Yorkshire brew, just not much happening really, took a little while to warm up.

Very easy to listen to, good narrator. Story was easy and unchallenging, not the kind of book to make you think, but a lovely lazy listen nevertheless.

Not sure how I managed to complete this book one of the worst books I’ve ever read .....

I really loved this book. It was very easy listening,funny in parts. Didn’t want it to end.

I really enjoyed this one right from the start and found myself chuckling to myself throughout. I could relate to every aspect of this story as both a gay woman, and a runner! but even if you are neither of those its a nice easy and relaxing listen and even towards the end I couldn't decide where the ending was going to go, but I wasn't dissapointed. I would recommend this to anyone looking for a funny and wholesome listen

If I could rate this more than a five for performance I could. The narrator does an excellent job with the accents and the characters. Their individual personalities really pop come through. Would recommend to anyone, part of the lgbt community, or not.