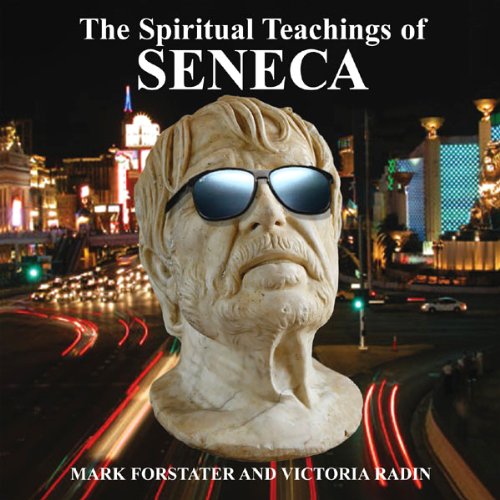 The Spiritual Teachings of Seneca

Lucius Annaeus Seneca (1- 65 CE) was a complete and successful man of the world. A famous writer, statesman, and philosopher who became absurdly wealthy, he parlayed his role as Emperor Nero's tutor into becoming one of the two men who ruled the Roman Empire in Nero's name. In his lifetime, Seneca enjoyed nearly unlimited power, wealth and fame.

Seneca was dedicated to Stoicism, and in his essays and letters he explained the stoic position on many fundamental issues: pleasure and the problem of desire, happiness, and contentment; anger, fear, living in the present, how to think for yourself, anxiety and tranquillity, goodness, freedom, trusting the universe; courage, opportunity, cruelty and how to deal with it, friendship, love and trust, death and how to live, learning , chance and fate, time, aspirations, wisdom - and more.

What listeners say about The Spiritual Teachings of Seneca

Perfect selection from one of the greatest minds in human history. And beautifully read as well.

I am a fan of Seneca,
and have read most of his works.

This collection of sayings was not done
all that well.

The female voice is difficult to understand
at times.

The audio file is worth listening to.
It will give you a sense of Senaca's thoughts,
but I had higher hopes for it.

Not for newcomers to stoicism

I think that in order to appreciate this book you must have some understanding of stoicism if not the core idea of what it means to live stoically.

comforting when distressed. facing a difficulty?

This provides a bolster for courage, and perspective regardless of what is looming. The basis of Albert Ellis's Guide to Rational Living can be found is Seneca's wisdom.

This is not the pure unadulterated work of Seneca but rather a modern 'take' on it, read alternately by a male and female speaker making constant references to the modern world using a modern vocabulary. The wisdom and beauty of the original thought and prose are lost in the translation.

Something to listen to every quarter, bi-annually, or yearly.

Questions that point to answers that will guide you through life.

Mark narrates this wonderfully written wisdom beautifully. I thoroughly enjoyed it and will listen again and again.

Practical, straightforward, considering distillation of his philosophy. Keep near buy and replay regularly to really 'get' the message.

To get the criticisms out of the way, it is difficult sometimes to tell whether you are listening to actual quotes from Seneca in parts or commentary on his writing. In a way this audiobook is a bit jumbled up: some parts are placed next to each other which I have read elsewhere as two different pieces of his writing. However this is still hugely enjoyable for several reasons. First the narration is excellent, particularly from David Troughton, who applies just the right tone of tongue in cheek cynicism to make listening over and over again great fun. The ideas are deep, but they make you laugh and think at the same time. Secondly, at only 90 minutes, you can digest and memorise the ideas by listening several times. Naff cover though.

Would you listen to The Spiritual Teachings of Seneca again? Why?

This audio is beautifully presented in away that is easy listening and keeps you interested and wanting to go back and reread.

Would you ever listen to anything by Mark Forstater and Victoria Radin again?

This is a excellent book to consider aspects of philosophy and be introduced to Seneca.