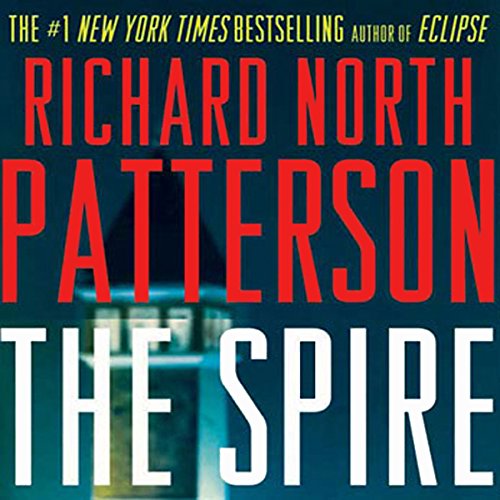 Both a razor-sharp thriller and a poignant love story, this twisting tale of psychological suspense is Patterson's most compelling novel in years.

Mark Darrow grew up in a small Ohio town with no real advantages beyond his intelligence and athletic ability. But thanks to the intervention of Lionel Farr - a professor at Caldwell, the local college - Darrow became an excellent student and, later, a superb trial lawyer. Now Farr asks his still-youthful protégé for a life-altering favor. An embezzlement scandal has threatened Caldwell's very existence - would Darrow consider becoming its new president?

Darrow accepts, but returning to his alma mater opens old wounds. Sixteen years ago, on the night of his greatest triumph as Caldwell's star quarterback, he discovered the body of a black female student named Angela Hall at the base of the Spire, the bell tower that dominates the leafy campus. His best friend, Steve Tillman, was charged with Angela's murder and ultimately sent to prison for life. But now, even as Darrow begins the daunting task of leading Caldwell, he discovers that the case against his friend left crucial questions unanswered. Despite his new obligations - and his deepening attachment to Farr's beautiful though troubled daughter - Darrow begins his own inquiry into the murder. Soon he becomes convinced that Angela's killer is still at large, but only when another mysterious death occurs does he understand that his own life is at risk.

What listeners say about The Spire

I truly enjoyed this book! It was just fast enough to keep me interested. Most times I find myself drifting from the speaker but not this time. The reader's voice was perfect for this book. Very enjoyable!

Enjoyable listen on a road trip

I had not read Richard North Patterson before but enjoyed the suspense of The Spire. Listened to it during a long road-trip and found myself listening to it in the evenings as well.

Even though I guessed the ending, I found myself looking for opportunities to listen to the book right up until the end.

At this point there are two other reviews. One is 5 stars and the other 1 star. I'll go half way between. This was an OK mystery but certainly not riveting or a page turner. I figured out the who dunit less than half way through the book. It was more of a narrative than a good mystery. If I were stuck on an island, I would read it for something to do. It certainly wasn't up to his (R N Patterson) standards.

A Little Slow for Me!

I'm on the fence with this book. I like Richard North Patterson books. But I thought this book was a bit slow. It's about a murder that took place in the spire years earlier. And an innocent man is in jail. Darrow becomes an excellent attorney. He used to be friends with the man who's in jail now for the murder of the girl, who was found in the spire. Something about the murder bothers Darrow, so he gets help to open the case up again. So the story begins almost 1/3 way into the book.
I have no complaints about the narrator, he did a good job.

Love this author but not this book

Richard North Patterson always surprises me with his wonderful writing style. The narrator was also very good. I just didn't like the story. I could see the ending coming a mile away. If you're not expecting a lot it's not bad.

Can't think of the last time I predicted almost the entire plot of a book by the end of the prologue. A few twists I hadn't anticipated. It was still a very good listen for a solo summer driving trip -- never a dull moment, even if I could see most of them coming!

Richard North Patterson casts his story and characters in sympathetic human forms rarely equalled among his peers. This book is one of his best! The story holds interest all through, not only because of the story itself but because of the wonderful way it is written. His in-depth treatment of well known human condition and emotion is wonderful, adding great joy to the reading of the book. I was sorry to have finished it, and look forward to the next Patterson novel. You will enjoy it too, I'm sure.

The Spire reaches no heights