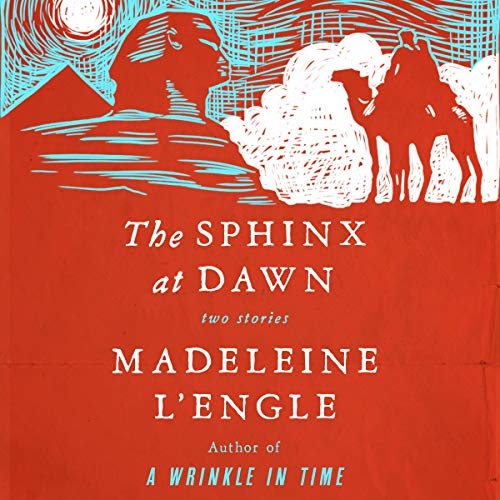 The Sphinx at Dawn

The bestselling author of A Wrinkle in Time takes a fantastical look at the childhood of Jesus in two allegories set in an Egyptian village.

In “Pakko’s Camel,” Yehoshuah, the poor son of a carpenter, befriends Pakko, the arrogant son of a rich merchant. Yehoshuah cares for Pakko’s camel and shares with him the knowledge of the precious gifts he received from three wise men. But when Yehoshuah’s treasures are taken, he quickly learns that all gifts have a price.

In “The Sphinx at Dawn,” Yehoshuah and his camel journey into the desert, where they come across the monstrous, hungry Sphinx. Intrigued and unafraid, Yehoshuah endeavors to answer the Sphinx’s riddles - and in doing so, he begins the real journey of a man with an incredible destiny.

Known for both her literary accomplishments as a winner of the Newbery Medal and the National Book Award, and her spiritual outlook, Madeleine L’Engle presents two affecting and inspiring tales for listeners of any age.

What listeners say about The Sphinx at Dawn

Worth the time to read/listen to

The narration took a little getting used to at first, but we all enjoyed it in the end. My kids were disappointed that it wasn't longer.

What a lovely set of stories

While they are wonderful bits of fiction, they ring so true and point so clearly to the heart of Jesus of Nazareth.

Desert Tales of a Young Jesus

Written as parables, these two stories that reflect the life of Jesus as a boy, are wonderful. They stick with you long after you listen to them, giving you food for thought, as you move through your day. The gentle, loving ways of a child (who will become the Christ) will touch you deeply. And they are indicative of a loving Father who does the same for us, giving us chances to redeem ourselves so many times without exposing our ugliness to the world . . . when He so clearly knows "the dirt". The wisdom and the laughter of the young boy as he encountered the Sphinx who sought to trick Yehoshuah with his riddles was also interesting to me. The Lord knows the answers. He is not intimidated by the things that we . . . or He encounters. Excellent tales. Don't miss them.