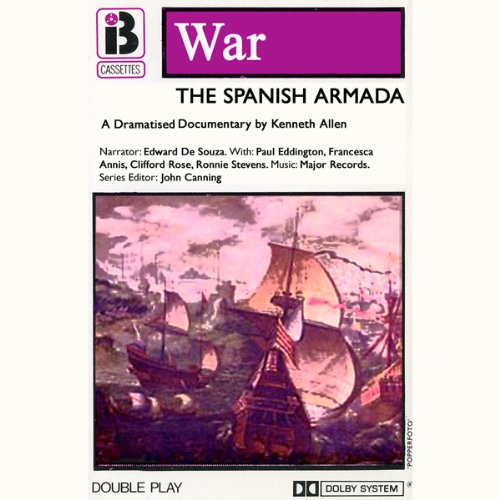 The Spanish Armada’s disastrous invasion of England marked a seminal shift in European military might: one naval power confronted another, with Britain emerging the dominant sea power for centuries to come. Spain’s King Phillip II had lost his claim to England’s crown upon the death of Mary Tudor, his royal spouse. Mary’s successor, Elizabeth I, seemed an easy target: female, unwed, protestant, and heirless. Philip, however, would only see his power diminish, his hapless fleet outmaneuvered, out-gunned, and even looted under lantern light by the stealthy Sir Francis Drake. Sonorous and sprightly actor Edward de Souza hosts this lively reenactment of European sea-change. Francesca Annis shines as the newly crowned Elizabeth, capturing the regal composure and assertive rhetoric of a young monarch consolidating her power.

There have been many invasion threats to Britain. This programme dramatises one of the most potent: the mighty Armada sent by Philip of Spain against the navy of Elizabeth I and her sea captains, led by Sir Francis Drake. This is a crucial narrative of stirring history, relived with verve and freshness.
©1982 Kenneth Allen (P)1982 Ivan and Inge Berg

What listeners say about The Spanish Armada (Dramatised)

I would like the dramatization more if the propaganda was muted slightly, the presentation less chauvinistic and facts respected. For instance, to say there were no English casualties is to ignore the huge mortality rate of the English soldiers, of whom half died of disease made worse by poor supplies and little food, during the mobilization. So many sailors perished during 1688 that England would have been incapable of further defense had it been necessary. Certainly, there were no sailors to man over half the vessels the crown requisitioned.

A Reasonable Introduction to History

Very disappointed with this dramatized 'story' of the Armada. Not suitable for serious study. It does not give any of the intrigue; political situations; or the reason why we 'beat' the Armada.
This is something I would expect to see by viewing on television aimed at senior school children.
A missed opportunity to dramatise all of the characters and the full story.