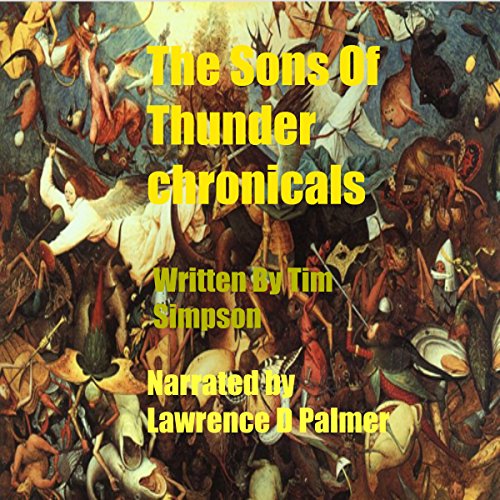 The Sons of Thunder Chronicles

A few years after the Samson family reunited, Satan vowed revenge at all costs, and has now set in motion the works of the most evil man in all of England. The big day is drawing near; Charles and Regina will be married barring any unforeseen event, but that event is about to happen in a big way. The wedding is delayed due to the burning of Regina's home, the death of her father, and her own disappearance. Meanwhile in the United States, a prisoner is being released. The same prisoner that killed the wife and unborn child of James Samson years earlier. He is now set on a quest to find the Samson family. Will he get to them before the evil man who has been known to kidnap innocent women and sacrifice them to his evil master, or will the Samsons once again outsmart the devil himself? Join the Samsons on their most dangerous journey to date, along with Pastor Reed, Regina, and a few new faces you will most likely never forget.

What listeners say about The Sons of Thunder Chronicles

wonderful interesting story highly recommend this book. nicely read by the narrator worth the purchase