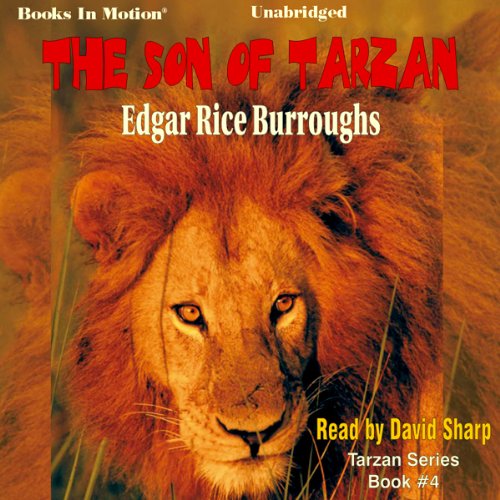 The Son of Tarzan

This is the fourth story in the Tarzan adventure novels. This time it is the son of Tarzan, the young Lord Greystoke, who leads us away from the sheltered shores of 19th century England, back to the primitive jungle. Young Lord Greystoke quickly asserts his natural authority in the jungle the way an heir-apparent might ascend a throne but not without a few painful lessons. Accepted by his fellow primates, they rename him, Korak “the killer.” He is as powerful as he is clever. Though his transformation is successful, it is not without bloodshed.

What listeners say about The Son of Tarzan

This is the 5th time I've listened to this series. As I have all the Tarzan series, you can guess I enjoy them very much. One may say they're only for children, but as I'm 75, that shoots holes in that one. The series is timeless, and never boring.

The reader has a habit of sucking in a loud breath between sentences, finally had to turn off the book.

What did you love best about The Son of Tarzan?

No, I wanted to prolong the listening of this book, as it was so enjoyable.

Will be ordering entire series