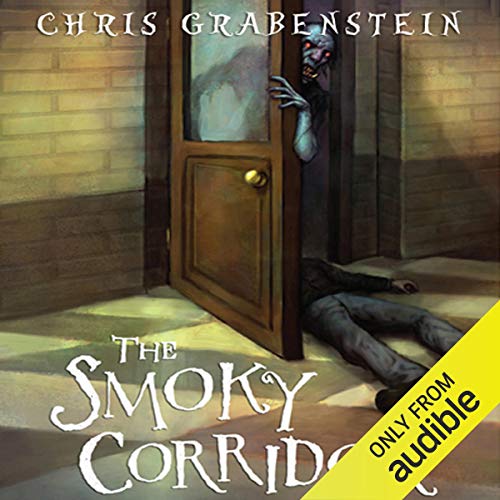 Zack is about to start at his new school, and his dad, who went there years before, tells Zack the stories of the haunted janitor's closet, the specter of a dead crossing guard, and the Donnelly brothers, who perished in a suspicious fire. Dad doesnt know that Zack has already met the Donnellys' ghosts, who have warned Zack that there is an evil zombie under the school. Zack also learns that while zombies are usually content eating corpses, if they happen to bite someone who isn't dead, that person also becomes a zombie.

Before midterms, Zack is dealing with two zombies, while trying to protect a friend whose curiosity has put him on the zombie's menu.

Once again Chris Grabenstein proves his mastery of frightening and funny tales. Young readers, especially reluctant ones, have found inspiration in his quirky characters and deadly situations.

What listeners say about The Smoky Corridor

I really enjoy all the Chris Grabenstein books. This series, although geared toward teens is thoroughly entertaining for the entire family, we have a teenager and a nine year old. We listen during vacation car trips. Good story lines, with a touch of scariness for the younger family members.

At the beginning of the story, the narrator's pitch was irritating in the voice given to Zack, but it improved about halfway through the book.