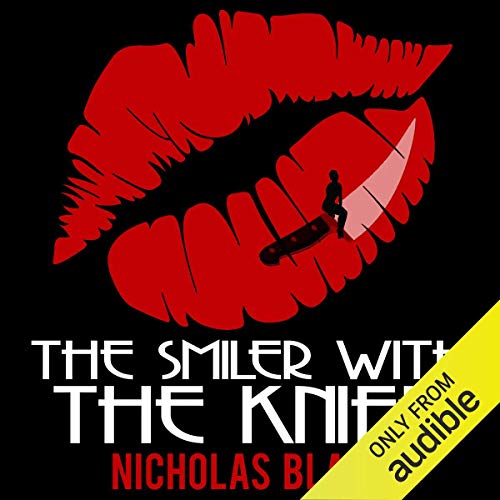 The Smiler with the Knife

The Smiler with the Knife

Detective Nigel Strangeways, and his explorer wife Georgia have taken a cottage in the countryside. They are slowly beginning to adjust to a more relaxed way of life when Georgia finds a mysterious locket in their garden and unwittingly sets the couple on a collision course with a power-hungry movement aimed at overthrowing the government. It will take all of Nigel's brilliance and Georgia's bravery if they are to infiltrate the order and unmask the conspirators.

Nicholas Blake was the pseudonym of Poet Laureate Cecil Day-Lewis, who was born in County Laois, Ireland in 1904. After his mother died in 1906, he was brought up in London by his father, spending summer holidays with relatives in Wexford. He was educated at Sherborne School and Wadham College, Oxford, from which he graduated in 1927. Blake initially worked as a teacher to supplement his income from his poetry writing and he published his first Nigel Strangeways novel, A Question of Proof, in 1935.

Blake went on to write a further nineteen crime novels, all but four of which featured Nigel Strangeways, as well as numerous poetry collections and translations. During the Second World War he worked as a publications editor in the Ministry of Information, which he used as the basis for the Ministry of Morale in Minute for Murder, and after the war he joined the publishers Chatto & Windus as an editor and director. He was appointed Poet Laureate in 1968 and died in 1972 at the home of his friend, the writer Kingsley Amis.

"Georgia Cavendish Strangeways is one of the most complex and likeable characters in the crime fiction of the so-called Golden Age." (Sara Paretsky, Guardian)
"Nicholas Blake at the very top of his form" (Woman's Journal)
"An extraordinarily well written and entertaining thriller" (Saturday Review of Literature)

What listeners say about The Smiler with the Knife

Did not enjoy the narration

I did not like the narrator, so did not finish listening to the story. I won’t be getting stories read by this narrator.

Nicholas Blake... But Not At His Best

Well, on the one hand, Nicholas Blake is always entertaining. On the other hand, this story is, to me, not as good as his usual... so, yes and no.

Would you be willing to try another book from Nicholas Blake? Why or why not?

I have, I believe, read and/or listened to all of Nicholas Blake's Nigel Strangeways novels. I think he is very good. My low-ish ratings here are partially due to the fact that I am comparing this book to Nicholas Blake's other works... and it just doesn't measure up.