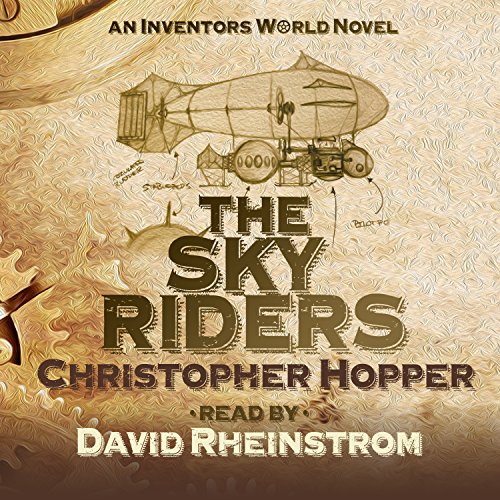 Junar is a 17-year-old boy following in the footsteps of his Ace Pilot father, Leif, as a flyer in the Kili-Boranna Guild, better known as The Sky Riders. As if life couldn't get any better, Junar's first year apprenticeship riding the massive birds of the sky, the majestic felrell, takes a fortuitous leap forward when his father is promoted to the most prestigious position in all of Aria-Prime - Timber Pilot. Upon moving to the capital city of Christiana with his family, Junar meets fellow apprentices Liv, a strong-headed and alluring confidante, and Erik, whose favorite pastime is making life miserable for Junar.

Junar's world takes an unexpected turn, however, when his father has a startling change of heart about his promotion. Embarrassed by his father's weakness and his mother's past, Junar endeavors to excel in his apprenticeship and distance himself from his family by making his own name in the Guild. He sets his sights on competing in the Champions Race - a cross-world gauntlet whose winner is listed among the greatest felrell pilots in history.

But behind the scenes, political factions and government conspiracies collide with Junar's new plans. The young pilot suffers a horrific blow at the hands of the Zy-Adair-the notorious Sky Pirates. And soon, his perfect world is spiraling out of control.

From his unsuspecting alliance with the Inventors - dubious tinkerers and social outcasts - to his unlikely associations with the Brologi - the Chancellory Police - Junar must find a way to plead his case before the Chancellor of Aria-Prime and piece together a puzzle that threatens his entire world's way of life.

What listeners say about The Sky Riders

The main character is immature and judgmental. That is not the worst part. It leaves all of the significant questions about why and how things happened unanswered. it is a waste of time.

What a terrible, unimaginative story. Complete waste of time. Please do not throw your money away.

Nice read but was disappointed

Im not one for giving big reviews. The Narrator was awesome and engaging kept my attention but my issue was with the story. The whole book sets up the hero to up to be triumphant but ends in tradegy. Very Disappointing i must say.

Are there more in this series?

I am not 100% sure how to rate this book. It has a wonderful, imaginative, suspenseful storyline. I have really enjoyed other books by the same author, such as the Rise of the Dibor.

If there are no other books, then this book is a first rate tragedy. But I can't say that I am not hoping that this will turn into a first rate adventure.

It would really be good to know, if either books are planned.

This is a must read!

As a fan of The Hunger Games, Divergent, and Carve the Mark, this book was incredible. I love the world that was created by the author. If you enjoy steam punk, and adventure, you will love this book too! I honestly could not stop listening to it. I just finished a 5hr listening run because I had to see what happened next! I can't wait to see what comes out next from author Christopher Hopper.