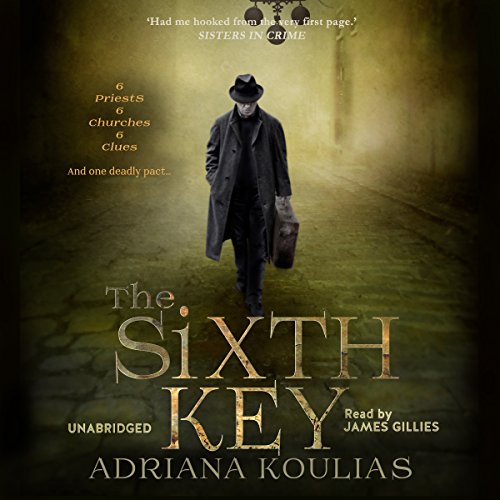 "By the Power of these keys the Head of the Church will be made the Lord of Hell."

In late 2012 a cryptic invitation leads a crime novelist to Venice's Island of the Dead.

Seventy four years earlier a similar cryptic invitation brings Grail historian Otto Rahn to an apartment in Berlin. What awaits him will change his life. What ensues is a hunt for Le Serpent Rouge, a notorious book of black magic written by a Pope, a book Himmler wants to add to Hitler's library. But there are others looking for the grimoire. A shadowy circle of men are watching Rahn's every move, and they will stop at nothing to possess the book and the legendary key that unlocks its terrifying power...a power that has the potential to effect the future. The Sixth Key has been described as a three dimensional game of chess with real characters, a time machine that will blow your mind and change the way you see the world and the impulses behind war forever.

What listeners say about The Sixth Key

I found the story and characters thoroughly interesting, it really gripped me at times. The common history coinciding with the lesser-talked about history was very interesting and I'm curious where the line was drawn between fact and fiction. I feel like I've been offered knowledge though from reading it. I am looking forward to hearing it again to further understand the details of relationships and background.