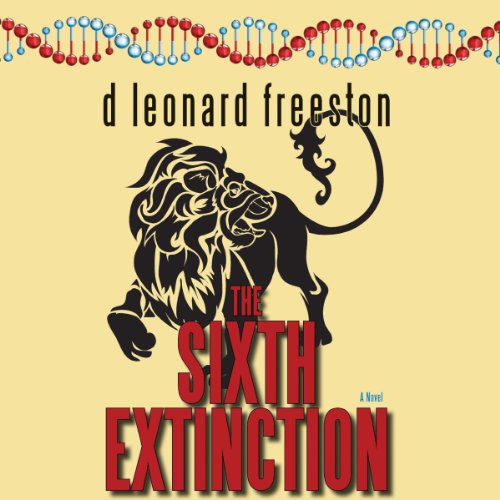 When your bank account mirrors that of Bill Gates, there isn't much you can't do. And with all that wealth lies the chance for an imperialistic, stop-at-nothing attitude to surface when you want to accomplish something. For Jason Conrad, it's his vision of creating the biggest seed bank in the world. Conrad employs a ruthless and militant band of mercenaries that consider murder and violence a necessary part of acquiring the rare animals and plants for his seed bank, but when a police officer is murdered, people start to take notice. The Sixth Extinction performed by the energetic Brittany Pressley, is an action-packed thriller that will have listeners glued to their headphones.

Jason Conrad, a man with the wealth of Bill Gates, decides to preserve for posterity the seeds of as many animal and plant species as possible in a vast and remote underground facility, taking the world's legitimate seed banks and "frozen zoos" to a whole new level.

Conrad's secret doomsday complex, though, is staffed by a combination of environmental experts and mercenaries who will stop at nothing to achieve their once-noble ambitions.

After a fellow police officer is murdered and his award-winning German shepherd disappears, Montreal Sergeant-Detective Irina Drach and her young partner, Sergeant-Detective Hudson, connect the crime with a seed bank raid in Ardingly, England, and the kidnapping of a Triple Crown Thoroughbred named Zarathustra.

Soon it becomes apparent that highly organized, ruthless abduction teams are raiding seed banks around the world, as well as scooping up the finest animal specimens from zoos, nature preserves, and the wild. Despite the global implications and ballooning media interest, however, Irina never forgets that her foremost aim is to solve the murder of a friend and fellow officer.

What listeners say about The Sixth Extinction