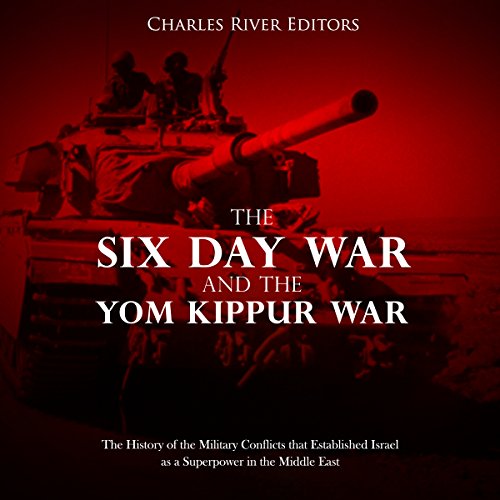 The Six Day War and the Yom Kippur War: The History of the Military Conflicts that Established Israel as a Superpower in the Middle East

Despite losing the 1948 War, Arab nations throughout the Middle East had still refused to recognize Israel’s right to exist. After the Suez Crisis, Egyptian leader Gamal Abdel Nasser envisioned creating a unified Arab world, commonly referred to as pan-Arabism. Nasser was the consummate pan-Arab leader in the 1960s, positioning himself as the leader of the Arab world through increasing incitement against Israel with rhetoric.

Israel found itself in possession of more land after 1948 than envisioned by the U.N. Partition Plan, but the Green Line still left it less than 10 miles wide in some positions. In the summer of 1967, the armies of Jordan and Syria mobilized near Israel’s borders, while Egypt’s army mobilized in the Sinai Peninsula just west of the Gaza Strip. Combined, the Arab armies numbered over 200,000 soldiers.

In early June 1967, the Israelis captured Jordanian intelligence that indicated an invasion was imminent, and on June 5, 1967, the Israel Broadcasting Authority aired an Israeli Defense Force communique. “Since the early hours of this morning,” it read, “heavy fighting has been taking place on the southern front between Egyptian armored and aerial forces, which moved against Israel, and our forces, which went into action to check them.”

Over the next six days, the Israelis overwhelmed the Egyptians in the west, destroying thousands of tanks and capturing the Gaza Strip and the entire Sinai Peninsula. At the same time, Israel drove the Jordanians out of Jerusalem and the West Bank, and it captured the Golan Heights from Syria near the border of Lebanon. In the span of a week, Israel had tripled the size of the lands it controlled. Israel had gone from less than 10 miles wide in some spots to over 200 miles wide from the Sinai Peninsula to the West Bank. Israel also unified Jerusalem.

What listeners say about The Six Day War and the Yom Kippur War: The History of the Military Conflicts that Established Israel as a Superpower in the Middle East

Shallow, inaccurate, disappointing. This is not a serious book written by a historian. This is a college graduation project at best and not any sort of serious study product. Very disappointing.

Sober analysis of one of the most successful military campaigns. Some concepts can be used for business strategies.