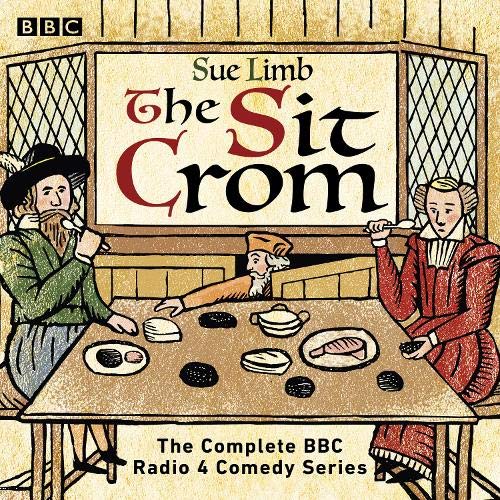 Autumn, 1646. The English Civil War is raging, and there’s trouble ahead for Sir John and Lady Anne Firebasket. There’s a Roundhead platoon camping out in the barn, a perplexed priest hiding behind the panelling and, unbeknown to the Firebaskets, their scullery maid Mercy is actually a disguised aristocrat (and Royalist spy) named Melissa Fortescue-Bottomley.

While Mercy steels herself to carry out a deadly mission, pious steward Tobias Thynne rails against the Devil’s vegetables and Father Francis takes to the rooftops in a borrowed nightgown for a rendition of ‘Ave Maria’. With the whole household suffering from severe domestic derangement, it’s a bad time for General Cromwell to show up - and then news arrives that the fugitive King Charles has also decided to pay a visit....

As confusion reigns, Sir John takes to drink, Lady Anne takes to her bed and the New Model Army take up their muskets. Will Firebasket Hall survive the hostilities?

The New Model Army - The cast

What listeners say about The Sit Crom

I have given up on this around half way though. The situations do not seem to lead to comedy. The characters while well acted are not overly engaging, and rather thin. I found myself twice getting more enjoyment out of working out the reverses words. There seems to be little entertainment from the characters, with the hero and protagonist in each just shells of the declared role. There is just no comedy coming from the characters voices, just supposedly from the characters role in the scene. I feel that this is aimed at those considering themselves a ‘cut above the rest’. As a normal person who just enjoys rich full characters in a comedy this is not my cup of tea.

Sue Limb creates an exclusive event, which I continue to enjoy. I hope to hear more of her work.