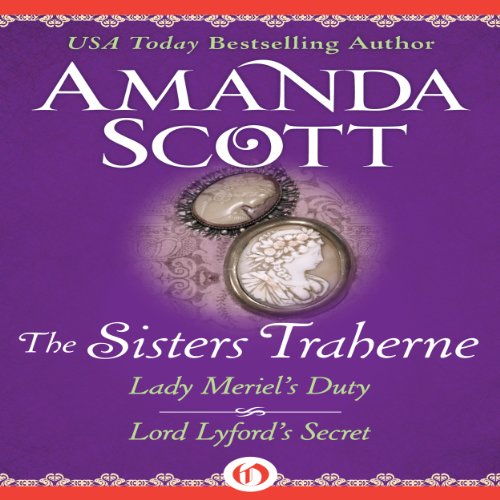 When her parents passed away and her older brother went missing in America, Lady Meriel Traherne had to leave her beloved estate in Wales to escort her rebellious younger sister to a school in France. She had no idea of the dangers she would encounter in this foreign land, and she certainly never expected the help of Sir Anthony Davies, the kind of fashionable gentleman she had always despised. Yet, as the fragile peace between France and England threatens to collapse, elegant Sir Anthony will surprise her by saving her life and threatening to steal her heart.

Six years later, Meriel's sister, Lady Gwyneth, is in her family's London townhouse when her friend Miss Pamela Beckley arrives, begging for help. Her cousin and guardian, the Earl of Lyford, refuses to allow Pamela to celebrate her Season in London, and Pamela fears that the apparently impoverished Earl intends to marry her himself to secure her considerable fortune. Gwyneth vows to do all she can to prevent the arrogant Earl from attaining his desires. But when he turns his dazzling charm on her, Gwyneth is thrown by her own startling desires - and the shocking realization that it's she, not Pamela, whom the Earl intends to marry.

What listeners say about The Sisters Traherne

Easy to put down

The first story was decent. However, the female characters throughout the rest of the book became annoying and I found myself switching to music in favor of listening to the story. I believe a lot had to do with the Minnie Mouse voice of the narration for Pamela, who did a lot of prattling, and the frequent lapses where the narrator would forget to change her voice for Gwen. So just way too much high pitched prattle. And she, the narrator, often gave the American Earl an accent that would start off as Scottish and then change to Englishish. Truly, the narration detracted from the story and made me disinterested. I'm sure I missed much of the story itself because I'd tune her out.

There doesn’t seem to be a main plot to follow? This book just drifts along literally trailing behind the characters
Stuck with it til a third of way through book, hate not finishing but couldn’t bear any longer!

Very GOOD READ.Very similar to Georgette Heyer but with knowledge of the smuggling trade Veryl like Winston Graham's Poldark Series

Another lovely story ! The book grips me from the first scene to the end !
Very good performance !
I really enjoyed it very much !

The narrator was a bit off-putting as she over acted. Two non-taxing stories perfect to listen to while doing the chores.