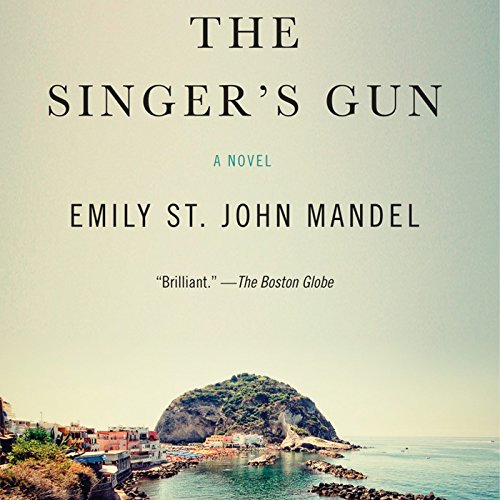 Everyone Anton Waker grew up with is corrupt. His parents dealt in stolen goods, and he was a successful purveyor of forged documents until he abandoned it all in his early 20s, determined to live a normal life complete with a career, an apartment, and a fiancée who knows nothing of his criminal beginnings. He's on the verge of finally getting married when Aria - his cousin and former partner in crime - blackmails him into helping her with one last job.

Anton considers the task a small price for future freedom. But as he sets off for an Italian honeymoon, it soon becomes clear that the ghosts of his past can't be left behind so easily and that the task Aria requires will cost him more than he could ever imagine.

"Brilliant." ( The Boston Globe)
"A gripping story, full of moral ambiguities, where deception and betrayal become the norm, and where the expression 'a riddle wrapped in a mystery, inside an enigma' is lifted to new heights." ( St. Louis Post-Dispatch)
"Something far rarer than the classic noir opening suggestions.... Eminently satisfying." ( The Washington Post)

This author is talented and has a refreshing style. I thought the narrator did a good job, but wasn't great at accents...I imagine Edoardo Ballerini doing a bit better....but oh well...it was still very enjoyable and thought provoking. I didn't want it to end, and that is probably the best way to judge these books.

Fantastic story of crime and love

Morgan has a knack for capturing characters perfectly. The difference in speech is subtle and not over done, allowing you to see the character in your mind's eye. Allowing you to understand the character.
The pace was spot on and the time taken to describe a scene gives this book those extra stars.
Emily caught my attention in her other book Station 11 and going back to this book was no disappointment. Her ability to jump between points in time so effortlessly just makes her writing even better.
Pick this up, you'll definitely enjoy it.

Emily, I am so glad I found you!

I was more than enthousiastic about 'The Lola Quartet' and now I ran out of words. Mrs. Mandel is a genius and I can not say she is wasting her talent on crime stories. Crime stories must be written with such sensibility and skill and equilibrium. Simply unforgottable. Even if the criminal family is mostly unprobable and Broadway-like. But it doesn't spoil a bit, believe me. With 'The Singer's Gun' you reach emotional depths you never expected from a suspense. I think it made me richer and sophisticated in a way (even if my ortography remains the same) My only fear: there is one more audio to listen by the author, 'Last Night in Montreal'. What next?

Narrator was quite OK. I suppose it would work even with a generated voice, but Miss Morgan and Mrs. Mandel made a rather lucky encounter. Bravo.