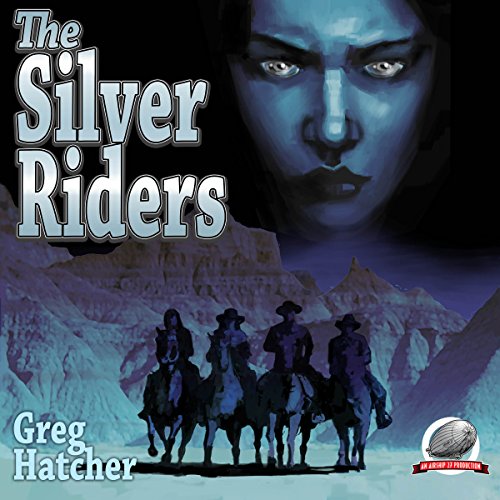 In 1868, six people sought refuge at a hidden enclave in the high desert country of eastern Oregon: A brilliant female doctor dying of a rare disease. A Confederate deserter. Two refugees from a lynch mob. A former slave. A womanizing shootist. These were the first acolytes of Stonegarden Abbey, learning the secrets of Hermetic magic under the tutelage of the mysterious prophet Ezekiel Reardon. But Ezekiel had an agenda of his own, and their time at Stonegarden ended in fire and tragedy.

Those left alive thought the tragedy was behind them. But the dark power they believed was gone and buried with Ezekiel only slept, and it is awakening now, 10 years later. The survivors of Stonegarden must return to the ruined Abbey when they are called to rescue one of their own, a woman they had thought long dead. With the help of a teenage half-breed Native girl, these broken people must reclaim their old skills and find the strength within themselves to save their fallen sister Anne-Marie from an ancient evil...and the fate of the Earth itself might well hang in the balance.

What listeners say about The Silver Riders

I was genuinely intrigued by a historical, fantasy western. The book sample from Goodreads had piqued my interest, to the point even though it had minumal reviews, I took a chance.
I was very disappointed and after trying to listen to it three separate times (I really really wanted to like a story where silver haired/eyed characters learned the ‘language’ to communicate with animals!), I felt compelled to return it.
The narrator was okay. His voice and accent brought such realism to the geographical and time line story line.
I would completely look up this narrator. If he has produces more!
The story well well written, grammatically, but it was kind of clunky and boring in delivery. The tone and vocabulary felt more modern day and abbreviated than compatible with the era of the alleged tale.