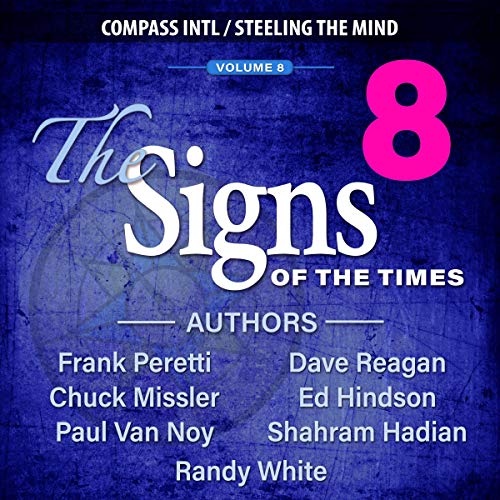 The Signs of the Times, Vol. 8

Another seven great chapters that reveal where we are in the last days.

Chapter One - The Apple by Frank Peretti

In a way only Frank can do, he'll explain how by observing how an apple decays, we can clearly see what is happening to our culture today.

Tying the planet Mars, the moon, and the Eqyptian Great Pyramid into scripture, Chuck shows why he is the master of Biblical intrigue.

Chapter Three - The Church of the Laodiceans by Paul Van Noy

Pastor Paul takes on one of the most misunderstood passages in the Bible, specifically addressing who are those who the Bible says are vomited out of God's mouth.

Dave outlines what abandoning God has cost this nation over the last 50 years, and what it will take to get back on track!

Yes, global warning is far more important than global warming! Prophetic signs are being fulfilled almost as fast as you can list them!

Chapter Six - The Muslim Takeover of America: Are We Concerned Yet? by Shahram Hadian

Chapter Seven - Where Have All the Pastors Gone? by Randy White

For the past 15 years, the quality of teaching from our nation's pulpits has dropped to new lows. Someone questioning the pastor on Biblical point is often asked to leave. And if you currently have a good pastor, who will replace him when he retires?

What listeners say about The Signs of the Times, Vol. 8