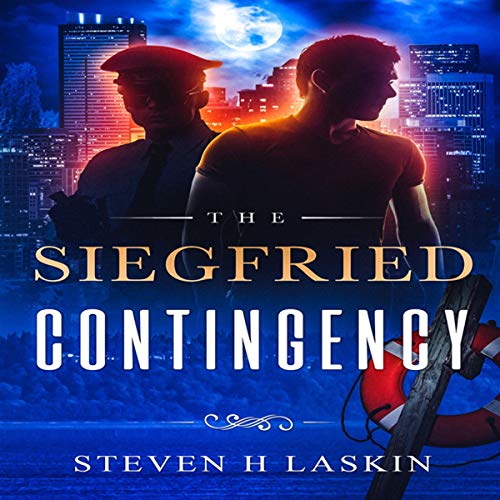 When Carl Traeger, a quick-witted bookstore owner in 1970s Seattle, is bequeathed a well-hidden book by his aunt, he quickly learns he inherited much more than for which he bargained. Carl's quiet life turns upside down when the German mob comes after him, willing to go to any lengths to get the book.

But Carl is not alone. A bewitching secret agent, Randy McCutcheon, partners with him to find answers. While on the run, Carl and Randy discover a dark Nazi secret kept under wraps since the party's inception. If the fog should ever clear and the secret be unveiled to the public eye, the aftershock would prove cataclysmic.

As the threat rises, the two are forced to effect great sacrifices, even as Carl finds himself falling deeper under the spell of the charmingly daring agent.

Can the two of them, outnumbered, stop the mob's ultimate scheme? Or will they lose their lives trying?

WOW, this was excellent.
Narration 5 Stars
Story 5 Stars
Plot 5+ Stars
Characters 5 Stars.
All around 5 Stars.
Great ending
No happily ever after for our hero’s