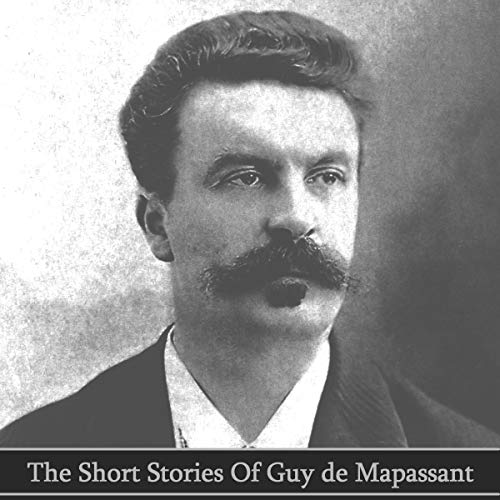 Maupassant’s early life was badly torn when at age 11 (his younger brother Hervé was then five) his mother, Laure, a headstrong and independent-minded woman, risked social disgrace in order to obtain a legal separation from her husband.

After the separation, Laure kept custody of her two boys. With the father now forcibly absent, Laure became the most influential and important figure in the young boy's life.

Maupassant’s education was such that he rebelled against religion and other societal norms, but a developing friendship with Gustave Flaubert began to turn his mind towards creativity and writing.

After graduation he volunteered for the Franco-Prussian war. With its end he moved to Paris to work as a clerk in the Navy Department. Gustave Flaubert now took him under his wing. Acting as a literary guardian to him, he guided the eager Maupassant to debuts in journalism and literature. For Maupassant these were exciting times and the awakening of his creative talents and ambitions.

In 1880 he published what is considered his first great work, Boule de Suif, (translated as as Dumpling, Butterball, Ball of Fat, or Ball of Lard), which met with a success that was both instant and overwhelming. Flaubert at once acknowledged that it was ‘a masterpiece that will endure’. Maupassant had used his talents and experiences in the war to create something unique.

The decade from 1880 to 1891 was to be the most pivotal of his career. With an audience now made available by the success of Boule de Suif, Maupassant organised himself to work methodically and relentlessly to produce between two and four volumes of work a year. The melding of his talents and business sense and the continual hunger of sources for his works made him wealthy.

In his later years he developed a desire for solitude, an obsession for self-preservation and a fear of death as well as a paranoia of persecution caused by the syphilis he had contracted in his youth.

On January 2nd, 1892, Maupassant tried to commit suicide by cutting his throat. Unsuccessful, he was committed to the private asylum of Esprit Blanche at Passy, in Paris. It was here on July 6th, 1893 that Henri René Albert Guy de Maupassant died at the age of only 42.

This volume comes to you from Portable Poetry, a specialized imprint from Deadtree Publishing. Our range is large and growing and covers single poets, themes, and many compilations.

What listeners say about The Short Stories of Guy de Maupassant