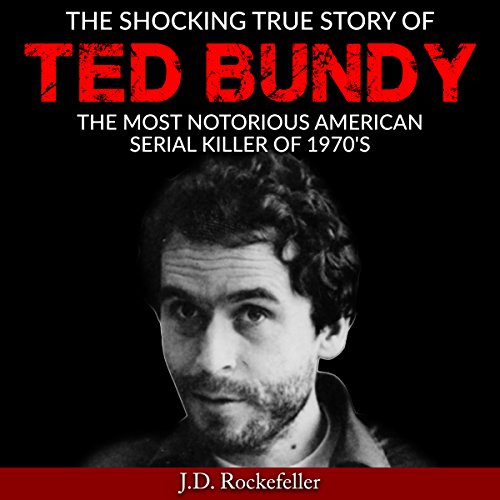 Theodore Robert Bundy, popularly known as Ted Bundy, was America's most notorious serial killer, a necrophilia, rapist, and kidnapper of the 1970s who murdered and assaulted many girls and young women. Shortly before his execution, via electrocution, after over a decade of crime denials, he already confessed to his 30 committed homicides in seven different states between the years of 1974 and 1978. The real count of victim was left unknown, and this could possibly be much higher.

Ted Bundy was viewed as charismatic and handsome by his female victims, which are the traits he exploited in order to completely win their trusts. Bundy, typically approached the victims in public places, pretending to have a disability or injury, or personating an authority figure, before assaulting and overpowering them at secluded locations. Ted Bundy even revisits his crime scenes, grooming and performing some sexual acts with decomposing corpses of the victim until the destruction and putrefaction of wild animals made the interaction impossible. He beheaded 12 known victims and even kept some of the heads in his own apartment as mementos for a time period. Sometimes, he just simply broke into the dwelling at night and strikes to death his victims as they are asleep.

Ted was initially incarcerated in 1975 in Utah for attempted criminal assault and aggravated kidnapping. He became a suspect in a progressively longer unsolved list of homicides in multiple states. When facing his criminal charges in the state of Colorado, he planned two dramatic escapes and was able to commit more assaults, including three more murders before his 1978 ultimate recapture. Ted Bundy received three death sentences in two different trials for his Florida homicides.

Ted died via electrocution at the Raidford Prison on the 24th of January, 1989. He was described as the very sadistic sociopath who receives pleasure from other people's pain and suffering.

What listeners say about The Shocking True Story of Ted Bundy

I am fascinated ,I see Ted as an actor

I felt very upset for everybody , what a waste of everything for everyone..I was very sad when he was sentenced to death ,I just wonder how Judge Judy would feel for it .good book sad case ,I couldn't be a good judge and even with facts in front of you and narrated I still do not believe he was as such .good book .