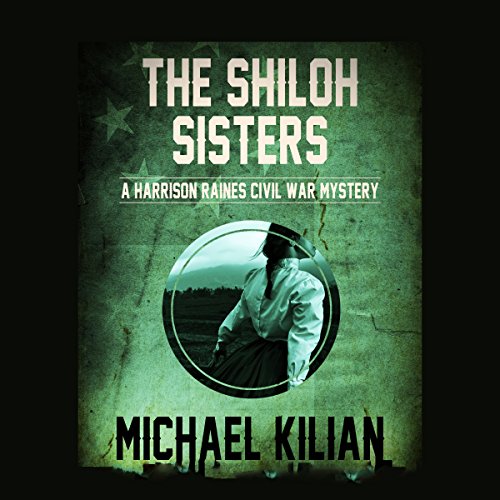 Harrison Raines hunts for a savage double murderer on the killing fields of Shiloh.

General Grant's army is camped along the Tennessee River, ready to deal a crushing blow to the South. If they are able to capture Corinth, the Confederacy's railways will disintegrate, bringing its army to its knees. But first, Grant must pass through the crucible of Shiloh - the most fearsome fight of the Civil War.

On the eve of the battle, a senator's wife appears, begging for permission to cross over to Confederate lines. As Grant's army marches south, he finds the woman's body inside a coffin alongside her twin sister - a death that offends him just as much as any soldier's. Finding a murderer amid an army of killers takes a subtle touch, and no Union agent is shrewder than Harrison Raines. As the field of Shiloh is soaked with blood, Raines will find the guilty party, as long as the bullets continue to pass him by.

The Shiloh Sisters is the fifth book in the Harrison Raines Civil War Mysteries, but you may enjoy the series in any order.

What listeners say about The Shiloh Sisters