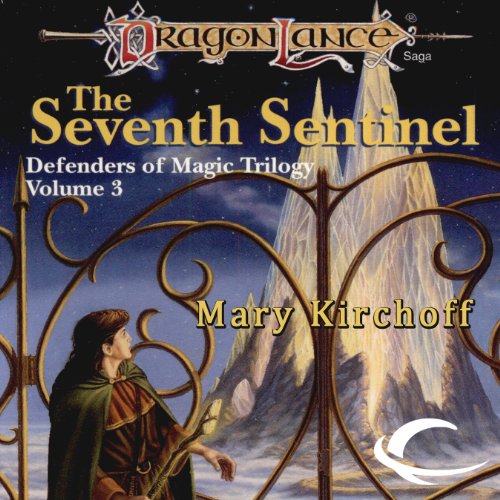 Shadow of the past!

A wizard sacrificed himself to preserve the secrets of magic. Centuries later, the survival of magic is again in question. The key is a young lord whose heritage is tied to the tuatha dundarael, faerie folk who practice powerful earth magic. These secrets are the weapons that Guerrand and Bram DiThon will wield in defending their Art against an old, scarred enemy.

For Lyim, Guerrand's former friend and now renegade wizard, seeks to destroy the magic that he believes has forsaken him. The final battle will rage across the universe.

The Seventh Sentinel is the final volume of the Defenders of Magic Trilogy, a series by Dragonlance saga author Mary Kirchoff that explores the secrets of sorcery in the world of Krynn.

What listeners say about The Seventh Sentinel