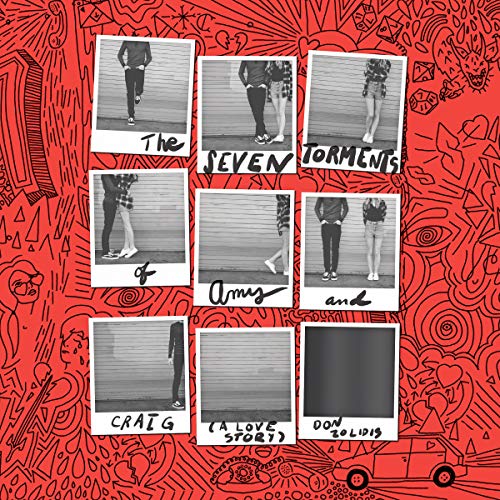 The Seven Torments of Amy and Craig

The worst thing that ever happened to Craig is also the best: Amy. Amy and Craig never should've gotten together - Craig is an awkward Dungeons & Dragons-playing geek, and Amy is the beautiful, fiercely intelligent student-body president of their high school. Yet somehow they did - until Amy dumped him. Then got back together with him. Then dumped him again. Then got back together with him again. Over and over and over. Unfolding over their senior year, Amy and Craig's relationship is a kaleidoscope of joy, pain, and laughter as an uncertain future looms on the horizon. While Craig fights for his dream of escaping Janesville and finding his place at a quirky college, Amy quests to uncover her true self‚ which sometimes involves being Craig's girlfriend...and sometimes doesn't.

What listeners say about The Seven Torments of Amy and Craig

I lost count at how many times I laughed out loud! I have been a long time fan of Don Zolidis‘ plays so his first novel was highly anticipated and thoroughly did NOT disappoint! It is funny. It is sweet. It is poignant. It brings back many memories of those awkward, cringey high school years but in a fond way. The reader whose timing was perfection was exceptional all the way through. I was truly bummed when the book ended because I didn’t want it to end! I eagerly await Zolidis’ next book!

Too much stressful drama.

I could not relate to the characters. Craig was too needy. Amy was boring. The reader had good voice range.

I don’t find ANYTHING about animal death amusing. The cat being killed by the dog was my stopping point.