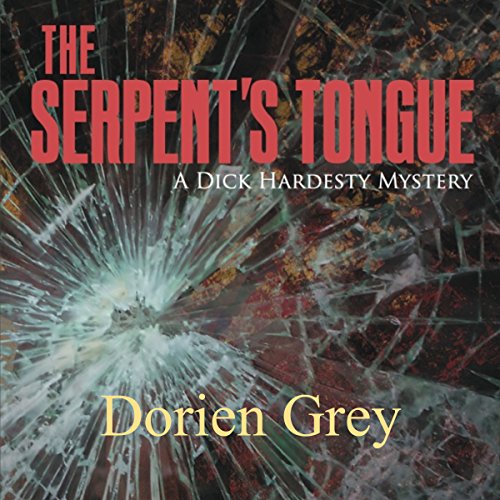 When Dick Hardesty is hired to look into threats against former priest Dan Stabile, possibly from someone whose confession Dan heard while still in the priesthood, it's just another case. Then, on a stormy Sunday, on a rain-slick road, Dan is killed, Dick’s partner Jonathan is severely injured, and suddenly, it’s personal. Was the accident really an accident…or murder? Dick learns Dan’s secret could involve a child murderer, and now it seems the man is stalking Joshua and tormenting Jonathan. The objectivity so vital to Dick’s role as a private investigator goes out the window as he pursues one lead after another, and it begins to look like Dan wasn’t the target after all.

What listeners say about The Serpent's Tongue

I'm a fan of Dorien's and now of audiobooks as wel

I love the Dick Hardesty books by Dorien Grey and this latest adventure was a top addition to the series. As always there is a good mystery with plenty of clues as to who is responsible but I was still guessing until the closing stages of the book.
All of Mr Grey's books are well written and an absolute pleasure to read. I've been following this series for years and every new book has been a brilliant addition.
I guess that these books could be read as stand alones but the series is best read in order and from book one. We are presented with new mysteries in each book but each book also builds on the previous one. It's great watching Dick and Jonathan develop as a couple and as part of a family. Their nephew Joshua is great and an absolute delight to watch. I'm not sure that Dick and Jonathan would agree but Joshua certainly keeps them on their toes.
As far as the audio-book is concerned I am a definite convert. Whenever I drive long distances these days I listen to books. The songs on my ipod must be feeling neglected.
The audio is a wonderful new experience for me. I tend to pick up on things that I missed when reading and I must admit that the narrator gives a whole new layer to the stories and the characters.

Have you listened to any of Jeff Frez-Albrecht’s other performances before? How does this one compare?

...as a love partner! Wow! Talk about being in love.

Although, I knew right away who the bad guy was, I was completely enthralled by this story. This Mr. Grey guy truly is a wonderful story teller.

And to be able to feel how much Dick loved Johnathan was beautiful. In sickness and in health was heartbreakingly truer with those two.

There were some parts where I thought Dick should have been angrier and definitely not so passive when it came to John's and his Nephew's safety.

And I didn't agree at all with Dick with Holden information from John for any reason! That is a sure way to wreck a relationship no matter the reason.


Anyway, even though I knew from the beginning who the bad guy was, I still truly enjoyed this story and can't wait to listen to more of Jeff Frez-Albrecht's performance. He is absolutely wonderful as Dick! 1-6-2015

I have read all 15 of the Dick Hardesty novels and they just keep on getting better. The relationships between the main characters continue to evolve and the reader easily gets caught up with what's happening.

Once again the mystery element of this crime novel has the reader gripped.

I was very sad to recently find out that the author Roger Margason (Dorien was a pseudonym) passed away in November 2015. His books have brought hours and hours of joy to me and so many other readers over many years. He will be greatly missed.