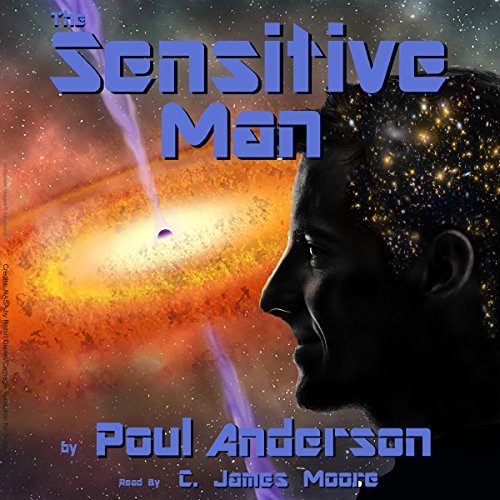 By the end of the 21st century, a deep-state human-systems organization, the Psychotechnic Institute, has begun melding neuroscience and psychoanalytics to create the foundation for generations of more peaceful, more powerful, more "sensitive" human beings.

In Poul Anderson's 1954 science-fiction thriller, The Sensitive Man, one such human, Simon Dalgetty, is on the trail of brutal men who kidnapped Michael Tighe, keeper of the keys to the Institute's secrets, and, thus, to the fate of world order.

In the midst of his pursuit, Simon falls prey to his own carelessness and, trapped by the men he is pursuing, is taken to an island hideout where Tighe is being held. Simon faces torture if he cannot get Tighe to reveal the Institute’s plans.

As he contemplates the possibilities for escape, Simon reaches out to Elena Casimir, an enigmatic, possibly problematic adversary allied with Simon’s captors. What does the sensitive man see in Elena that gives him hope not only of escape, but of Tighe’s rescue and the capture of the kingpin responsible for Tighe’s kidnapping?

Anderson’s tight plot, breezy dialogue, fascinating scene-setting, political foreshadowing, and well-woven characters, both good and bad, make for a fun, exciting, and future-forward glance at what may lie in store for the world in the century ahead.

What listeners say about The Sensitive Man