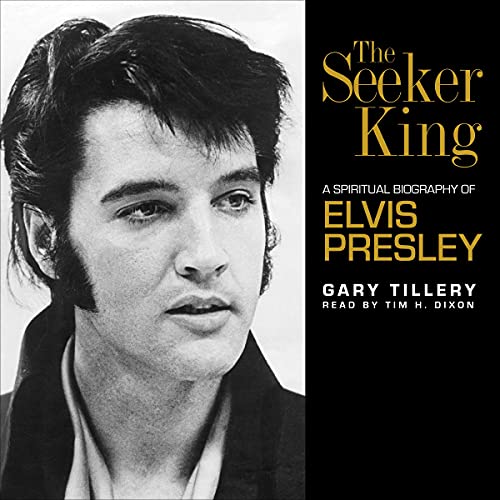 A woman once handed Elvis a crown saying, "You're the King." "No, honey," Elvis replied. "There is only one king - Jesus Christ. I'm just a singer."

Gary Tillery presents a coherent view of Elvis' thoughts through such anecdotes and other recorded facts. We learn, for instance, that Elvis read thousands of books on religion; that his crisis over making mindless movies like Girl Happy led him to writers such as Gurdjieff, Krishnamurti, and Helena Blavatsky; and that, while driving in Arizona, an epiphany inspired him to learn Hindu practice.

Elvis came to believe that the Christ shines in everyone and that God wanted him to use his light to uplift people. And so he did. Elvis' excesses were as legendary as was his generosity, yet, despite his lethal reliance on drugs, he remained spiritually curious. When he died, he was reading A Scientific Search for the Face of Jesus.

This intimate, objective portrait inspires new admiration for the flawed but exceptional man who said, "All I want is to know and experience God. I'm a searcher, that's what I'm all about."

“Beneath Elvis’ glitz and glamour brooded a sensitive soul troubled by life’s mysteries and eager to explore spiritual paths. Elvis may have left the building, but as this book shows, his spirit carries on.” (Gary Lachman, former Blondie bassist, Rock-and-Roll-Hall-of-Fame inductee, and popular religion writer)

Gary Tillery is the author of spiritual biographies of John Lennon (The Cynical Idealist) and George Harrison (Working Class Mystic). He is also a professional sculptor; his most prominent work being a sculpture for the Vietnam Memorial in Chicago.

What listeners say about The Seeker King