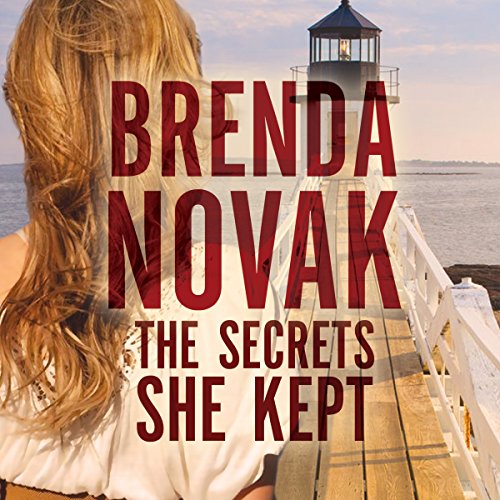 The Secrets She Kept

The Secrets She Kept

The rich and powerful Josephine Lazarow, matriarch of Fairham Island, is dead. The police say it's suicide, but Keith, her estranged son, doesn't believe it.

Keith bears scars - both physical and emotional - from his childhood, but he's worked hard to overcome the past. After walking away from his mother and her controlling ways five years ago, he's built a new life in LA. He's also accumulated a fortune of his own. But as soon as he learns of his mother's death, he returns to Fairham. He feels he owes it to his grandfather to put the family empire together again, and he's determined to find his mother's killer.

The problem is, coming home to Fairham puts him back in contact with Nancy Dellinger, the woman he hurt so badly when he left before. And digging that deep into his mother's final days and hours entails a very real risk. Because the person who killed her could be someone he loves.

"Buried life-changing secrets, realistic family drama, sharply drawn characters, and dynamic descriptions combine with an intriguing and twisty plot in this perfect sequel to Discovering You. A welcome addition to the author's latest series." ( Library Journal)

What listeners say about The Secrets She Kept

This is a pretty good story but it was hard to finish because the narration is awful.

The narrator's intonations were mostly off. She would sound mad when the text didn't call for that. Her Ausie accent was awful; too English.
The story was good, except for the character Nancy, who's dignity was not intact when it came to letting Keith in way too quickly after what he'd done.

I tell you another thriller that twists

Talk about a storyline that continues to keep you riveted and on the edge of your seat. Gripping!

The Secrets She Kept was another great read by Brenda Novak. Josephine is the rich and powerful matriarch of Fairham Island, and now is dead. The police believe it's a suicide but her son, Keith, doesn't believe that. Keith has spent the last five years building a life and fortune away from his mother. Once he hears of her eath, he returns he is back in contact with the one woman he hurt many years ago, Nancy. I really enjoyed Keith and Nancy's story. As well as hearing how Keith aided in finding what happened to his mom. I can't wait to read more by Brenda Novak.

I was looking very much looking forward to listening to this after enjoying the “The Secret Sister”. I was quite disappointed. In the first book I cared for both Keith and Maisey and only wanted the best for them. In this book I found Keith to be a heinous self centered jerk of the highest accord. Someone needed to sit him down and set him straight. Maisey didn’t play a big part in this book, but when she did was she was kind of whiny and annoying making it hard to feel much of anything positive for her. Then there is Nancy. I started off liking her and wanting her to find herself and happiness. She honestly called herself a doormat, but should have also called herself an enabler. You'd see little bits of her trying to stand up for herself, but it the effort was cursory at best and even told herself it was pointless. It was more sad than anything else. And wrapping it up in a few short minutes (Audiobook version} was so unrealistic it was comical. The murder mystery was interesting, but the ridiculous police chief being so unprofessional was irksome and ridiculous to me. Oh and the storyline for Rocky, her husband and her mother was out of nowhere, awful and unless there is a 3rd book coming about pointless in my opinion. I am in the minority, but it really wasn't the follow up I was looking forward to.

This book trapped my attention from the first chapter and kept it through the epilogue.

Overall it was good contemporary romance. A lot of angst and a bit to much indecisive thoughts. This story follows the death of Keith’s and Maisys mother. While also intertwining their newly found sister Rocky. Can’t say I loved this book and I really do enjoy most of Novak’s novels. This one pushed on my nerves to many times. I disliked the contempt there mother had in both books and she never really comes out with a redemption moment. Cannot stand the desperate housewives moments that were mixed into the series. Because we would all hope some people would have more back bone then that. But the main characters storylines dragged on like the last book, took way to long for both of them to admit their feelings. Plus I’m not sure if I like there new sister anymore. Overall it was interesting read. I just can’t really stand how wishy washy the family seems to be! I wonder if they will do another book on Rocky’s marriage. I really don’t think I’d care to read it though. I can stand behind a good redemption story but pushovers leave me unimpressed. At points I skipped over parts because I just can’t comprehend how anyone could move past that idea even when you love someone. This story was more of a drama.

I have been a big fan of Carly Robins work for a few years, and normally her accents, at least to my ears, are great. Unfortunately in this recording, her Australian accent sounds like it just stepped out of the London Tube. Fortunately, it wasn't a very big part of the storyline, but it was a little confusing. Still giving five stars across the board for Carly and her performance and the story. I hope there is a novella to finish the story with Keith and Hugh.

The secret she kept

Brenda is a totally amazing author .love this series .now on to all her other books .thank you so much for such great books .

This is the second book in a series, and it does help to have read book one. It takes a brave author to have such a flawed character as Keith, who in the first book was a drug addict who took advantage of the kind nature of Nancy, his girlfriend, before taking her money and deserting her. In this book he has broken ties with his controlling and manipulative mother and taken control of his life and his addictions, becoming a successful businessman in the process. The death of his mother brings him back to the area, in the belief that that it was not suicide, but murder. The subsequent investigation also brings him back to ex-girlfriend Nancy. The plot moved at a good pace, was never predictable and thankfully, Nancy did not immediately fall into line with Keith’s wish to resume their relationship, albeit on a temporary basis. I have mixed feelings about this book, because I find it difficult to fault, but it just felt something was lacking. The murder mystery in the final chapters was very neatly solved “off screen” without any drama, which seemed to be a missed opportunity. Meanwhile the romance seemed a bit “convenient” for Keith and at the end he left as planned, even though Nancy had admitted her feelings for him, albeit making it clear she would not accept a “casual” relationship. Of course he did admit his mistake, and his feelings, and return, but I did wonder if he would have ever done this if Nancy had not had the strength to dump him unless he offered some commitment. The issue of Keith’s father was a twist that seemed incomplete and a strange thing to focus on in the epilogue. This is a good book, but I felt the romance lacked chemistry, as Keith had never really thought about returning to Nancy, and it was only the death of his mother that brought them back together.