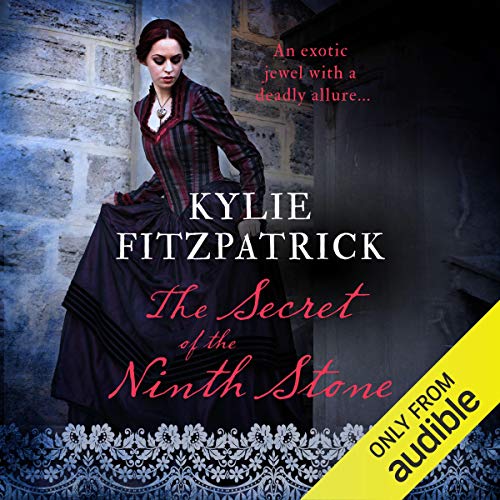 The Secret of the Ninth Stone

Amen Corner, London, 1864. Orphan Sarah O'Reilly has disguised herself as a boy so that she can work in the offices of Septimus Harding's newspaper. She meets Lily Korechnya, a wealthy widow who writes a column for the paper under a pseudonym.

Lily has been enlisted by Lady Cynthia Herbert to help catalogue her magnificent jewel collection. She is especially struck by several large gems that belong to the Maharaja of Benares, which Lady Herbert has promised to have made into a special charm. The gems include a fiery red diamond that seems to exert an unsettling influence over anyone who touches it.

Then two gruesome murders take place - first a customs officer at the docks and next a jeweller in Hatton Garden, both of whom are strangled in an unusual, distinct way. A local simpleton, Holy Joe, is blamed for the murders, but neither Lily nor Sarah is convinced the police have the right man.

The trail of the missing gems leads them back to India, ghosts and the dangerous cult of the destroyer goddess Kali.

What listeners say about The Secret of the Ninth Stone

I thoroughly enjoyed listening to this book.
The reading of the book was really great!