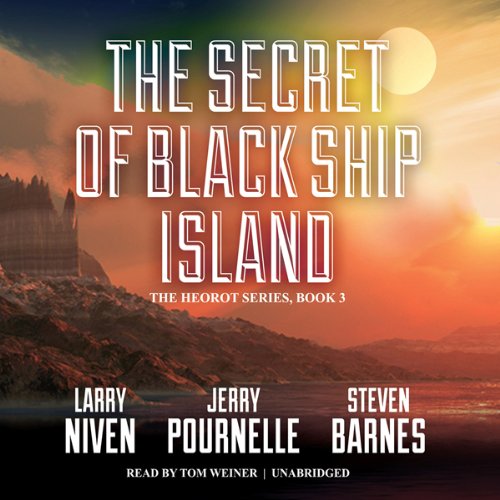 The Secret of Black Ship Island

The Secret of Black Ship Island

This novella by three celebrated authors in the science-fiction genre is set between the events of The Legacy of Heorot - which Tom Clancy called "outstanding" - and Beowulf’s Children.

The oldest children of the settlers on Avalon are now in their late teens and want independence from their parents and guardians. And they especially don’t want them around for the initiation ceremony held on Black Ship Island for the younger children just reaching their teens. But when previously unknown creatures make their deadly appearance, things go horribly wrong.

What listeners say about The Secret of Black Ship Island

Another interesting tale from Avalon.

If you enjoyed Legacy of Heirot then you should give this one a listen. This story bridges the gap between the previous books and you can see the tension between the earth born and the star born growing, but this is still a tale of daring-do in the face of an unknown world.

The story felt short, but it was awesome!

This book belongs as book 2, not as book 3. pretty good read. I liked it just as much as the others in the series.

THIS was an amazing story to tie the other two novels together. great performance as always