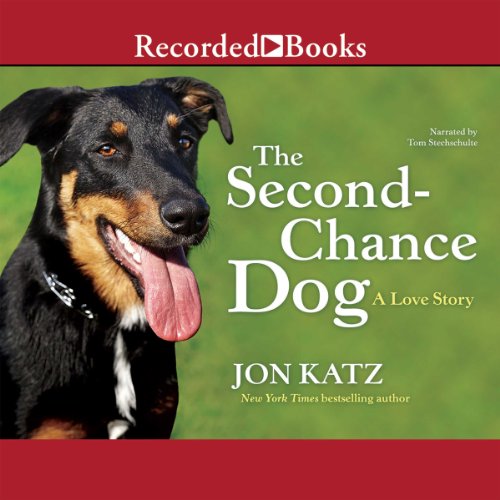 I had no idea that Frieda would enter my life and alter it in the most profound way, but that' s one of the beautiful things about animals. They change you, and you almost never see it coming.

In 2007, a few years after purchasing Bedlam Farm in upstate New York, Jon Katz met Maria Wulf, a quiet, sensitive artist hoping to rekindle her creative spark. Jon, like her, was introspective yet restless, a writer struggling to find his purpose. He felt a connection with her immediately, but a formidable obstacle stood in the way: Maria' s dog, Frieda. A rottweiler-shepherd mix who had been abandoned by her previous owner in the Adirondacks, where she lived in the wild for several years, Frieda was ferociously protective and barely tamed. She roared and charged at almost anyone who came near. But to Maria, Frieda was sweet and loyal, her beloved guard dog and devoted friend. And so Jon quickly realized that to win over Maria, he' d have to gain Frieda' s affection as well.

While he and Maria grew closer, Jon was having a tougher time charming Frieda to his side. Even after many days spent on Bedlam Farm, Frieda still lunged at the other animals, ran off into the woods, and would not let Jon come near her, even to hook on her leash. Yet armed with a singular determination, unlimited patience, and five hundred dollars' worth of beef jerky, Jon refused to give up on Frieda - or on his chance with Maria. Written with stunning emotional clarity and full of warm yet practical wisdom, The Second-Chance Dog is a testament to how animals can make us better people, and how it' s never too late to find love.

What listeners say about The Second Chance Dog

Warning: The Subtitle IS Actually The Book

As a lifelong rescuer and lover of animals, I really enjoy true stories about animals, they make me happy! The main title, in large print, says "The Second Chance Dog". What I DIDN'T pick up on was the subtitle, in itty bitty teeny print, " A Love Story". Consider that, and my review, a WARNING. This is maybe 2% about this dog, and 98% about the author's lust for the dog's owner, Maria. Maria is so beautiful, talented, self-depreciating, modest, shapely, kind, sweet, virtuous,sexy,warm, friendly, desirable, etc etc etc. It got to where every time I heard the name Maria, how much he desired her, how hard to get she was playing(?), along with a big old pile of her endless virtues, I started to throw up in my mouth a little bit. This was SO not what I had signed up for when I purchased a book called The Second Chance Dog. I didn't realize the dog was actually Jon Katz, and I'm REALLY not kidding about that. I had read several books by this author, mostly about Border Collies, but a few about other animals, one was a very entertaining story about a donkey he rescued, so I had NO reason to suspect that this was actually a story about a love-struck and, frankly, horny old guy who didn't particularly even like the dog, but was willing to endure her complicated nature to get next to her owner. There was one genuinely interesting part of this book where he traced this dog's history, uncovering a very heartbreaking and literally heroic history that explained why this dog was so challenging to deal with and definitely meant to be on this earth. It's that 2% (at most) of the book that bumps this up from 1 star to 2.There is one other thing that really bothers me about this book. The author feels very strongly that it's foolish and incorrect to assign anthropomorphism to any animal. I'm here to tell you, the guy is just flat wrong, and I'm stunned that he's managed to make a pretty nice living writing about his entertaining and heartwarming experiences with animals when he has no belief that they possess individual personalities and the ability to feel and express emotions every bit as real as humans do. I wanted to send him a picture of my first Papillon literally taking his head, wrapping it around my neck, and hugging me tightly with such obvious love, something he did his entire life and only with me. Or his companion Papillon, who literally rocked his tiny body in perfect rhythm to songs that he liked, smiling-and only with my son, who always knew which songs this music loving dancing dog would and wouldn't like. Or my poodle, who grieved so hard for his companion after her death, he refused to ever step foot in the dog house they had shared, ever again, to the day he died, several years later. I have a lot of pictures and stories about the emotions, personalities, and behavior-good, bad, ornery and sweet- that my various pets have demonstrated. His characterization of animals not really having feelings every bit as legitimate as humans was surprising and offensive. And wrong. This was a very disappointing book except for the backstory about this difficult dog's early life, which was amazing.

I loved listening to this book! The miles of my ten hour drive flew by, unnoticed, because I was so captivated!!

Not really a dog story

There are a few dogs in this story but the book is not really about them. It is about the author and his life. I painfully listened to about three hours of it and then gave up and decided I was wasting my time waiting for it to get better. There are much better books for dog lovers out there!

What a self-absorbed author!!
Repetitive, too.
It appears that the second chance dog is merely a prop in Mr. Katz's second chance at a loving relationship. And this would be okay if this was the kind of memoir I had wanted, but it definitely was not!
In addition, hearing once or twice about the "artistic nature" of the woman to whom the author is attracted would be reasonable but the constant repetition is hard to endure.
I regret this book choice.

Nice presumed true story. A bit repetitive in style. As semi-prof dog trainer I must point out much of what was called prey drive was actually defense drive (attcking fence tormenters, etc.) Prey drive is chasing runaways, no threat to dog itself.

This person should never narrate another story with any lines spoken by a woman. He drops into a child-like intonation, which is immensely insulting. I will avoid any books narrated by Tom Stechschulte!

Another wonderful story from Katz, but....

Tom (narrator) made Maria sound like a whiny wallflower and I suspect that she is NOT. Katz's approach to solving dog problems is spot on...and he applies it well to people, too. Best read from Katz since The New Work of Dogs.

The beginning was different but as the story progressed I really became involved and enjoyed it a lot. Can't say more than that.

This was definitely not what I expected but I still liked it. It seemed he dwelled more on his personal life than the training of Freda the dog but I have always been a Katz fan so I didn't mind. I love that he is always willing to own his mistakes but he doesn't give up. I've learned a lot from his books & will most likely listen to this one again soon.