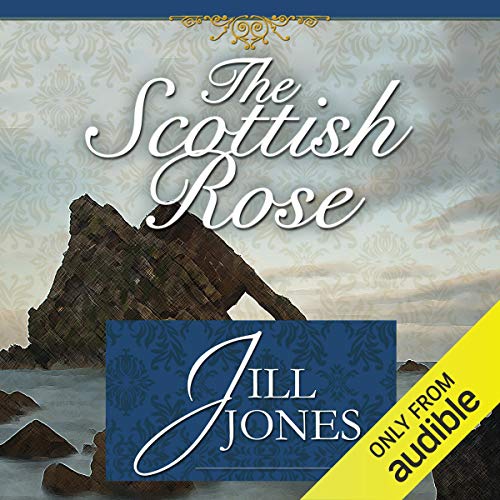 Taylor Kincaid is the host of a popular television series that debunks myths and legends. So when she travels to Scotland after receiving notice of an inheritance, she hopes to unravel the mystery behind a local legend surrounding the disappearance of locals through the "Ladysgate", an archway of stones just off the Scottish coast. Despite the warnings of rugged sea captain Duncan Fraser, Taylor sails toward the arch. But when a vicious storm strikes, she is thrown overboard and through the portal, with Captain Fraser close behind her. Together, they come to grips with the inconceivable - they have somehow ended up in 1651. Taylor and Duncan soon find themselves thrust into a desperate plot to save the Scottish crown, sword, and scepter amid imminent peril. As they attempt to re-cross the centuries, they risk losing the love they've found in a time long past.

What listeners say about The Scottish Rose

Written seven years after Gabaldon’s clever Outlander, this time traveller romance wizzes through one rollicking scene to the next. Mary QueenofScots’ diary is intertwined well. A bit too much Telling and not enough suggestive Showing but enjoyable enough.

Time Travel Story with its Own Spin

I've listened to a few time travel romance novels and this one breaks the mold a bit. It's the first I'm aware of where two people time travel rather than just one woman on her own.

Definitely an enjoyable listen. It's got more plot than other time travel romances I've listened to. The whole plot is based on historical events and people, and it focuses on historical Scottish events that I hadn't previously known about, so it wasn't the same repetitive time travel story I've already heard.

The biggest negative was the narration. While the narrator wasn't necessarily bad, she rarely had any pause in her pacing, so it could be a little jarring when a new scene starts or when an emotional scene happens without any emotional tone. She also had a horrible American accent, which was bad enough to be a bit distracting.

Overall, worth a listen.

I think this audio book would have been much better with a narrator that put a little character in her work. It sounded like a monotone reading. I is taxing to listen to the first 5 or so chapters with all the storyline set up in a monotone narration. Her voice is pleasant but drums on and on. I've listen to at least 300 books and some are just poorly narrated.

I enjoyed this very much, as well as the narrative. I love history & it makes me happy when it's brought forward instead of forgotten!

the story was very good but the narrator spoke fast and with no inflection and there fore hard to listen to I almost returned it before I got into the story because of the narration i'm glad I listened to the whole story but do wish that it was narrated by someone more into the book.

I read the book in early 2000. It was a pretty good story. So when I saw it was available on Audible, I downloaded it. However, the narrator is awful!!!! There are no pauses or breaks that it sounds like one long sentence. It sounds as if Siri is reading to you! I can’t bear to listen anymore and I was still in chapter one. If it was redone properly by a proven speaker better yet an skillful actor, then I’d be willing to give it another try and listen a one of my favorite time travel romance stories.

This is one of the best books I've heard in a very long time. I literally couldn't sleep trying to find out what happens next. I will definitely look for more from this author.