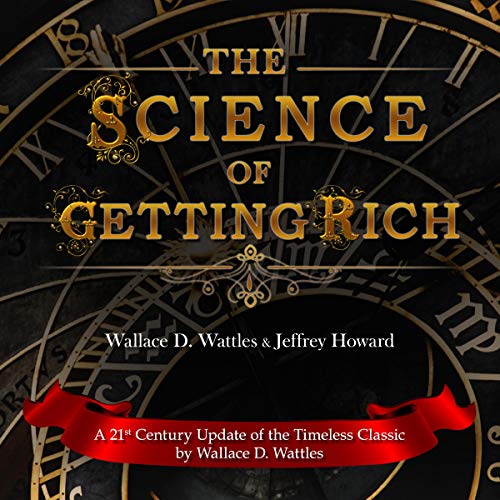 The Science of Getting Rich: A 21st Century Update of the Timeless Classic

"Whatever may be said in praise of poverty, the fact remains that it is not possible to live a really complete or successful life unless one is rich." (Wallace D. Wattles, The Science of Getting Rich)

The Science of Getting Rich is one of the original "new thought" classics, originally published in 1910 by Wallace D. Wattles. It has inspired millions of people worldwide with its simple, straightforward message. This little book was the inspiration behind the movie The Secret, the blockbuster hit film by Rhonda Byrne, and as a result, the concept reached a massive worldwide audience.

Jeffrey Howard, entrepreneur, author, speaker, and life and business coach, was one of those inspired by the simple, easy-to-implement message on prosperity consciousness and attracting what you truly want into your life, and it was his first release through his personal development brand, Master Mind Mentor International.

The original language was a bit flowery for the 21st century, and in an attempt not to lose the modern audience, Mr. Howard carefully rewrote the book to bring some of the concepts into a more modern reference point, while still leaving the key points and references intact. The listener will gain simple and unique insights into how to create the life and level of wealth and prosperity that Mr. Wattles assures us is absolutely necessary to living a full and complete life.

"It is expected that the listener will take the fundamental statements upon faith, just as he would take statements concerning a law of electrical action if they were promulgated by a Marconi or an Edison, and taking the statements upon faith, that he will prove their truth by acting upon them without fear or hesitation. Every man or woman who does this will certainly get rich, for the science herein applied is an exact science, and failure is impossible."

What listeners say about The Science of Getting Rich: A 21st Century Update of the Timeless Classic

Eloquently explained and expressed concepts of generating wealth presented by the author reinforce that abundance and the ability to produce wealth begins in the mind of any man that chooses to turn his desires and dreams into reality. then focuses on directing his thoughts and actions to create it. Jeffery Howard delivers a clear and compelling read of this classic that is as applicable today as ever.

learning to use the powers around you

I truly enjoyed this book and the wisdom it shared. Short, to the point, and easy to understand as well as to put to use in our daily lives.

Easy to listen to and comprehend. Highly recommended information to assist with one's personal ascension.

This Audio book was so amazing that I couldn't help but order the physical copy for my actual library in Hope's it will find someone in need.

I dropped every other idea I've had for these principals to Riches and beyond. Must Have!

This is a life changing book!! Blows my mind that this simple concept was written about over a century ago!