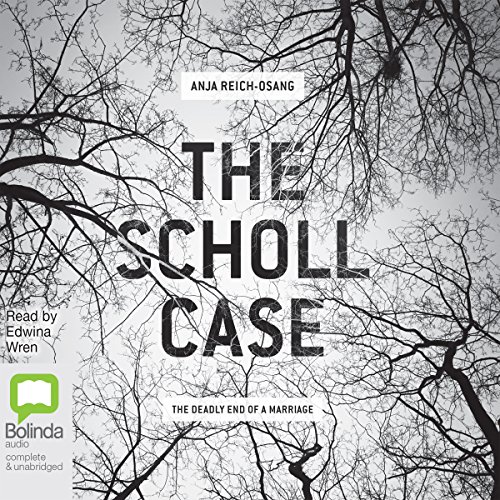 Brigitte Scholl disappeared on 29 December 2011, the day after her 47th wedding anniversary. The flowers her husband had given her - red roses - were still on the living room table; in the corner stood the Christmas tree, straight as a die and lavishly decorated. Everything had to be just so. It was to be perfect right up to the end.

A woman is brutally murdered and buried in the woods. Suspicion falls on her husband - the former mayor of a small town south of Berlin. They had been married almost 50 years and were considered the perfect couple.

Award-winning journalist Anja Reich-Osang covered the trial. She spoke with relatives and friends of the victim and the accused - and with the former mayor himself, who denies his guilt to this day. But there is more to this story than the question of innocence or guilt. The Scholl Case is about a marriage, about a small town, about sex and politics.

It is a psychological profile of a man driven to succeed - a man who started with nothing, conquered the world, and then lost all he had gained.

"A chilling tale of marriage, adultery and murder, The Scholl Case is a true story but reads like a thriller. Highly recommended." (Jane Harper)
" The Scholl Case shines a light into the dark corners of a fascinating mystery. Anja Reich-Osang captures the twists and turns of a doomed marriage with a tension that builds to its courtroom climax. A compelling story that pulls the reader along with every page." (Süddeutsche Zeitung)

What listeners say about The Scholl Case

Can we ever change

I chose this book because it was a nonfiction book about people who were alive from Nazi Germany, through the cold war and into the present (after the fall of the Berlin Wall).

I continued to read because the characters are so fully drawn and so odd. The story is riveting. And every time you think it can't get any stranger it does.

The early part may seem a little slow, but perservere, it gets more and more interesting