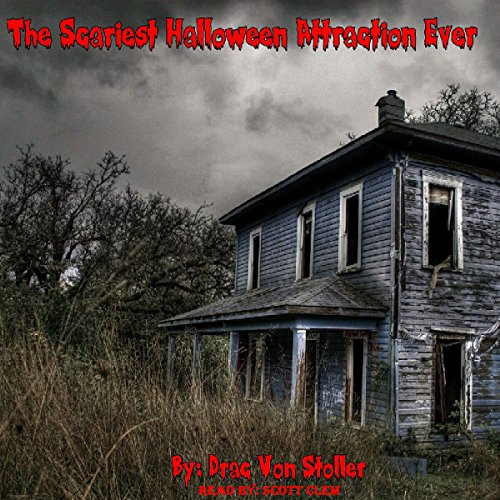 The Scariest Halloween Attraction Ever

We've all been to haunted house attractions on Halloween that have people made up to be scary - looking to scare us even though it is all fake, and we know it, but we don't care; we just want to be scared. Meet Henry Adams. He loves going to haunted attractions, but was getting bored and not scared anymore, so he decided he was going to make his own haunted attraction that would be to die for - literally. Henry wanted to be the envy of all Halloween attractions, and he was going to do it in a deadly way. Henry knew if he was going to pull this off it had to be done in a big way. Halloween was just a couple months away, and he had to think of something special to do that would alleviate his loneliness in the dilapidated mansion out in the country where he was living all alone. Then out of the blue he said, "I know just the perfect thing to do this Halloween, and that would be to turn my mansion into a real life haunted mansion. But this has to be the real thing, not just a bunch of props."

What listeners say about The Scariest Halloween Attraction Ever