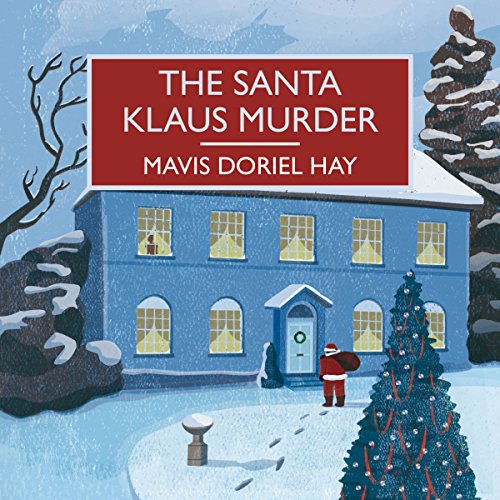 Aunt Mildred declared that no good could come of the Melbury family Christmas gatherings. So when Sir Osmond Melbury, the family patriarch, is discovered - by a guest dressed as Santa Klaus - with a bullet in his head on Christmas Day, the festivities are plunged into chaos.

Nearly everybody stands to reap some sort of benefit from his death excepting Santa Klaus, the one person who seems to have had every opportunity to fire the shot. Various members of the family have their private suspicions about the murderer, and the Chief Constable of Haulmshire wishes before long that he understood them better.

In the midst of mistrust, suspicion and hatred, it emerges that there was not one Santa Klaus but two.

What listeners say about The Santa Klaus Murder

I enjoyed the reading of this almost forgotten Holiday Mystery written during the "Golden Age" of detective fiction. I did figure out the solution, but the journey was well worth traveling. Some of the chapters are written from various points of view (POV) and by having Gordon Griffin read the chapters told from a male POV and Anne Dover those from a female POV, it makes the listening experience more enjoyable. And both do a good job of distinguishing the various characters. My only wish is that this reading could be made "wispersync" compatible with the Kindle version!

Enjoyment of this book is considerably hampered by the publishers summary. It provides some information that, while not giving away the ending, destroys most of the suspense and build up in the story. The information provided in the publisher's summary does not take place until the book is nearly over, and a good part of the book is based on people's misconceptions of something that is given away in the summary, so that instead of wondering what has happened and who is telling the truth, you are instead thinking, I know what's going on here, get on with it already. I think it might've been a pretty decent book, if not for that.

As to narration, the book is narrated by a male and a female narrator, depending on the point of view in the book. Most of the book is narrated by the male narrator, whom I did not really think was all that great. He seems somewhat slow and stodgy to me, but that could've been, again, because of the fact that I already knew this essential piece of information that was confusing him, and I kept waiting for him to get beyond it.

Sorry but I found it difficult to follow the plot

This book just wasn't my style. I found it hard going and difficult to keep up with the story as all the characters were telling their accounts separately. I know it was written this way, but I didn't enjoy this style.

What could Mavis Doriel Hay have done to make this a more enjoyable book for you?

I like a story to unfold like a story, not just statements, or their accounts, being read out by each character. I would have returned the book earlier and I probably should have. Sorry.

The narrator did a good job.

I just love this author every book she has written has me not knowing who the killer is till the end of the story - I love how her stories unfold till you say 'ah , that's who it is

Very easy listening, took a little while to get going but when it did I really enjoyed the story & thought the narrators were excellent.

I liked the way the characters had their say. it made for easy listening while dog walking. the scenes set were really realustic and i could inagine being in the house. very enjoyable

The reading was fine but a boring narrative and unsatisfying conclusion. I wasted good money on this.