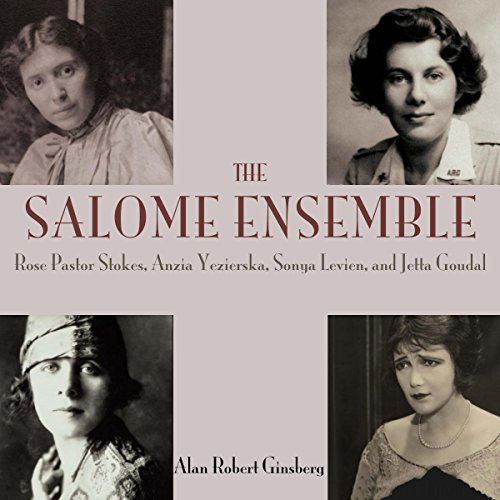 The Salome Ensemble probes the entangled lives, works, and passions of a political activist, a novelist, a screenwriter, and a movie actress who collaborated in 1920s New York City. Together they created the shape-shifting, genre-crossing Salome of the Tenements, first a popular novel and then a Hollywood movie. The title character was a combination Cinderella and Salome like the women who conceived her. Rose Pastor Stokes was the role model. Anzia Yezierska wrote the novel. Sonya Levien wrote the screenplay. Jetta Goudal played her on the silver screen.

Ginsberg considers the women individually and collectively, exploring how they shaped and reflected their cultural landscape. These European Jewish immigrants pursued their own versions of the American dream, escaped the squalor of sweatshops, knew romance and heartache, and achieved prominence in politics, fashion, journalism, literature, and film.

The book is published by Syracuse University Press.

"The Salome Ensemble reads like a novel." (Ross Posnock, author of Color and Culture: Black Writers and the Making of the Modern Intellectual)

"A study of gender, culture and art and how these elements mix to produce four women who managed to find the real American Dream - self-realization." (Barnhill Historical Novel Society)

"The Salome Ensemble offers readers a glimpse into the individual and collective lives of four women that is simultaneously sweeping in scope and focused like a jeweler's loupe." (Edith Wharton Review)

What listeners say about The Salome Ensemble