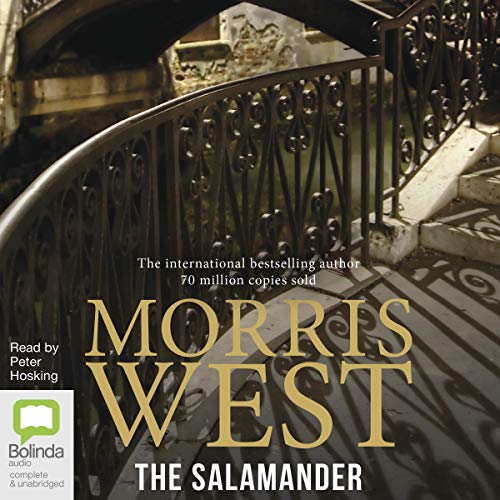 An Italian general is found dead in his apartment. Next to his body is a small card inscribed with a salamander in a bed of flames. Is it suicide or murder?

Dante Matucci, a captain in the Italian secret service, begins an investigation that leads him into a maze of political violence and intrigue. He meets the general’s former mistress, Lili Anders, and embarks on a dangerous affair with the beautiful onetime spy. Soon he is drawn into the net of the great Salamander himself, millionaire industrialist Bruno Manzini, who is pitting his wits against the elaborate machinery threatening Italy’s government.

In a game of high stakes, how much is Matucci prepared to pay to survive?

"Once started you'll HAVE to finish it." (The Sunday Mirror)

What listeners say about The Salamander

I have read this book in print and have always liked it. I don't know if the depiction of Italian politics and national (or lack thereof) identity is accurate now, or even when written. At least it captures the spirit of the Italians. The story line is great. I just have to question the choice of an Aussie with a pronounced accent is the right choice to make us believe he is Italian. On the other hand, the stereotypical Italian accent would be off putting. Maybe an accent like the one the actor Cesare Danova had would work. In any case, the Aussie accent didn't.