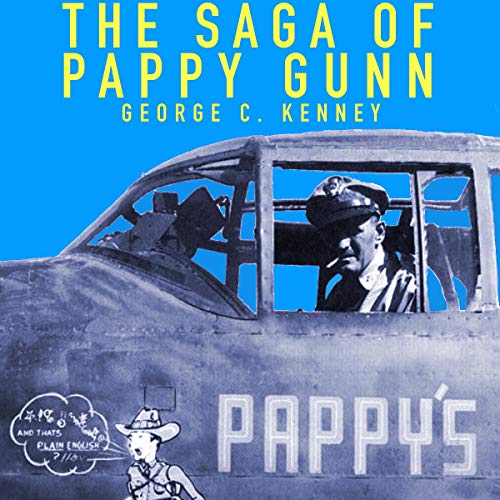 The Saga of Pappy Gunn

A four-star general pays tribute to a remarkable man in this biography. Believing that America owes a debt to a great character, a superb aviator, and a devoted citizen that was not paid, General Kenney tells the story of Paul Irvin "Pappy" Gunn with the hope that it will help discharge some of that debt. Gunn, who was known during World War II as an expert in daredevil low-level flying and as a hero and mechanical genius, modified light and medium bombers and transformed them into attack aircraft to hit Japanese targets in New Guinea, the Philippines, and Okinawa.

This could very well be the first full-length story of a member of the military to be written by a commander of such rank and renown as General Kenney.

What listeners say about The Saga of Pappy Gunn