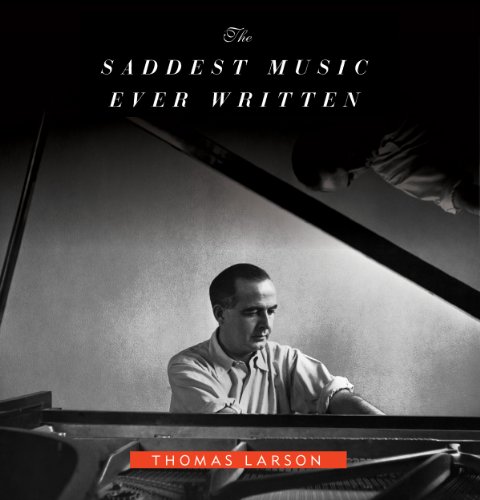 The Saddest Music Ever Written

Even if you don’t think you know Samuel Barber’s iconic "Adagio for Strings" by name, chances are extremely high you’ll recognize it when you hear it.

This most mournful song, often played at funerals and similarly somber occasions, is explored in depth in The Saddest Music Ever Written: The Story of Samuel Barber’s Adagio for Strings. Narrated with kind enthusiasm by Gregory St. John, it is both a critical analysis of the famous piece and a biography on the complicated life of its American born composer, Samuel Barber.

A very intriguing and enlightening listen recommended for anyone appreciative of classical music history.

An exploration of the cultural impact of Samuel Barber's Adagio for Strings, the Piet of music, and its enigmatic composer. In the first book ever to explore Samuel Barber’s Adagio for Strings, music and literary critic Thomas Larson tells the story of the prodigal composer, his seminal masterpiece and its fascinating history as America's secular hymn for grieving our dead.

The Adagio's sonorous intensity also speaks of the turbulent inner life of its composer, a melancholic who, in later years, descended into alcoholism and severe depression. Part biography, part cultural history, part memoir, The Saddest Music Ever Written captures the deep emotion Barber's great elegy has stirred throughout the world during its seventy-five-year history, becoming an icon of our national soul.

What listeners say about The Saddest Music Ever Written