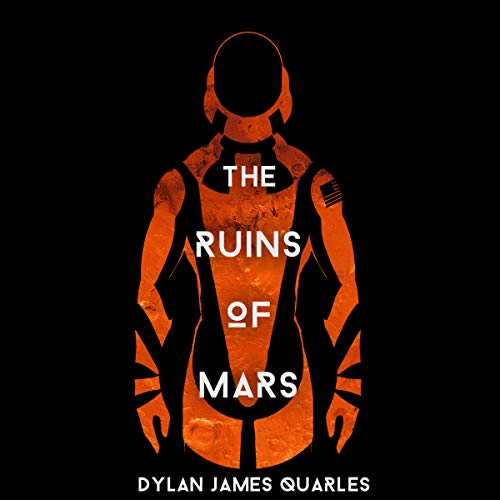 Set against the turbulent backdrop of the near future, The Ruins of Mars opens on the discovery of an ancient city buried under the sands of the red planet. Images captured by twin sentient satellites show massive domes, imposing walls, and a grid work of buildings situated directly on the rim of Mars' Grand Canyon, the Valles Marineris.

With the resources of Earth draining away under the weight of human expansion, a plan is hatched to reclaim Mars from the cold grasp of death. A small band of explorers, astronauts, and scientists are sent to the red world in mankind's first interplanetary starship to begin construction on a human colony. Among them is a young archaeologist, named Harrison Raheem Assad, who is tasked with uncovering the secrets of the Martian ruins and their relation to the human race. Aided by the nearly boundless mind of a god-like artificial intelligence; the explorers battle space travel, harsh Martian weather, and the deepening mystery of the forgotten alien civilization.

Begin the epic journey in book one of the Ruins of Mars trilogy.

This was a fun well written book, I can't wait for the next volume to come out on Audible.

Seriously this reads like a distillation of Bova, who was born in an older time and can be more readily forgiven the frequent sexism of his stories. Bova writes good long-arc politics even if his characters are often cardboard. I fear the author has here copied that style, and intensified it.

The scenes with the AI characters are genuinely interesting and there are just not enough Mars stories written, but the author here sabotages any chance I could recommend this to anyone without strong caveats about the fact that almost literally every scene with a woman and a man together goes out of its way to sexualize or demean the woman.

I am willing to sometimes look past small amounts of this but it was so consistent and over the top that I found those parts ever more excruciating. Moreover, they serve no useful plot purpose. Perhaps the author thinks this adds bonds between characters but it's too cheesy to have that effect. It just feels fake.

The plot also stops early, wanting me to buy a new book as if cynically offering minimum content to pass for a novel. plots are not tied up but are left seemingly intentionally dangling.

I bet a good editor could draw a line through or revise these offensive scenes, trimming out constant references to women's breasts and breast size and men's need to be nonstop evaluating women as sexual partners, and consolidating material from later books into something solid the author could be proud of and that I could recommend.

I want to read about the Martians and the AIs. That part is quite well done. But I am left in a quandary on whether I can stomach this other stuff to get the parts that were good. It's like visiting a clickbait web site so full of ads you have trouble finding the story.

Cleaning this up could have left me giving things four stars instead of two. But as it us, it's a big problem.

The Ruins of Mars is a fantastic science fiction story hampered by mediocre narration.

The book/story: A very well written space exploration mission. The characters are memorable and distinct. I was very much invested in this mission.

The narration: Mr. Steven Cooper has a great voice, but the performance was lacking due to odd cadence now and then. Sometimes I found it hard to keep track of what was going on.

Overall: I'm going to stick it out as I'm invested in the story. This is a really cool story and I'm really looking forward to seeing where this goes. The narration is not awful, and I'm hoping it smooths out as the series goes on.

This book was slow and boring. The concept/plot is very interesting. The voice doing the reading was boring and had very odd timing in his delivery. Really tended to distract from the story. The ending was meant to be a cliff hanger. It was so unsatisfying that I will not listen to the next book. Over all fairly frustrating experience.

I totally enjoyed this super sci fi story!In a future society on Earth, Harrison makes an awesome discovery on land then he gets to be the archeologist on a venture to the ruins found on Mars.It is a great story! Steven Cooper was a really good narrator. was given this free review copy audiobook at my request and have voluntarily left this review.

This book documents a mission to Mars prompted by the discovery of ruins by two satellites with AIs. It bounces back and forth between the mission team and the past where the Martians strive to develop a culture and raise stones for the gods.

The narration is good. I am told that this is the second recording of the narration.

This book was provided free of charge and this review was done freely.

READ A SAMPLE OF THIS BOOK ON AMAZON DECIDED TO BUY IT ON AUDIBLE.THE EXPERIENCE WAS TOTALLY SPOILT BY THE VERY POOR NARRATION WHICH WAS ONE TONE THROUGHOUT AND EXTREMELY MONOTONOUS.STUCK IT OUT TO THE END BECAUSE THE STORY LINE WAS GOOD.SHALL BUY THE WRITTEN VERSION OF THE NEXT BOOK.