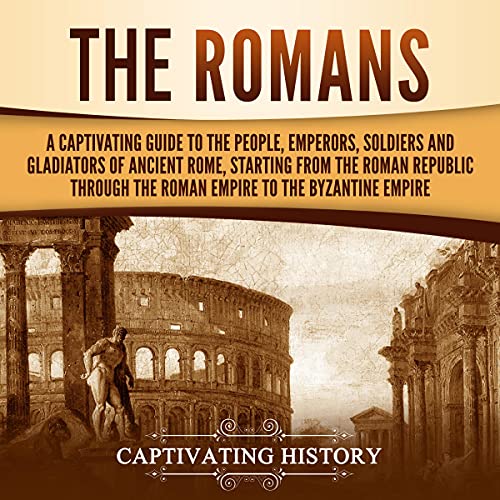 To discover the full story of Rome’s rise to become the mightiest empire the world has known and the astounding little-known facts about how it fell into utter ruin, pay attention.

It is probably the greatest story in all history: how the people in a tiny village on the Tiber River took over the entire known world of its day and developed brilliant literature, buildings, armies, roads, and laws that we still talk about thousands of years later.

This great empire was strong and invincible at its height, yet it eventually fell. How was that possible? Did these great people become soft? Were the rulers too greedy? Were the tens of thousands of their slaves a poor economic foundation for long-term survival?

In careful detail, this audiobook will let you understand the remarkable, little-known reasons behind the breathtaking rise of Rome and, also, exactly how and why this truly great civilization collapsed to the wonder and astonishment of all those looking on at the time.

Here’s just a small sample of what you are about to discover:

Scroll up and click the “buy now” button to discover more about the glorious history of Rome!

What listeners say about The Romans

I really enjoyed this book. I have never read a book by captivating history that I didn't like.

I have been enjoying listening to this audiobook. I am almost done with it, but despite that, the information has been great. The thing that was making it a little bit challenging, was the chapter numbers weren't quite lining up. I hope it got fixed. Nevertheless, the narrator did a great job keeping my attention throughout this audiobook.

More history than all of Europe put together

Great history of a great people. This one people not only did things that no one else had ever done before, they conceived the very ideas and spread them throughout most of the known world. No other nation has done as much for the advancement of humankind as the Romans. Listen to their triumphs and their failures here and be prepared to be impressed.

A good concise history of the Romans. gives a lot of information in this book